A soldier is confirmed to have died in the incident which took place around 12 pm on Monday. 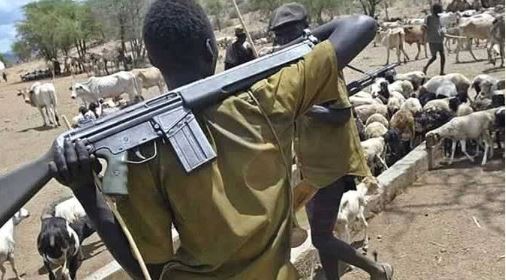 File Photo
No less than 4 people have died after armed Fulani herdsmen launched a fresh attack on Riyom local government area of Plateau state.
A soldier is confirmed to have died in the incident which took place around 12 pm on Monday and spanned several hours without security intervention.
Eyewitnesses say over 300 herdsmen invaded the village, shooting indiscriminately and burning houses including a government-owned clinic in the community after they overpowered men of the vigilante group who tried to resist them.
When SaharaReporters reached out to Tyopev Mathias Terna, spokesperson of the Plateau state Police Command on Tuesday, his phone rang out without response.
Timothy Dantong, Lawmaker representing Riyom Constituency in the Plateau State House of Assembly said at least fifty four houses were completely burnt down by attackers adding that four people died including security personnel.
Datong who condemned the incident said that he had concluded plans to table the issue as a matter of urgent public importance before the Assembly members during their plenary in Jos on Tuesday.
The lawmaker said, ” Yes I can confirm to you that four of our people including security personnel were killed during the incident. Many were also wounded. We have also counted at least fifty four houses that were completely burnt down by the attackers."
Top Stories