Some University of Calabar Staff have reported forged the VC's signature, collecting money from people for fake jobs. 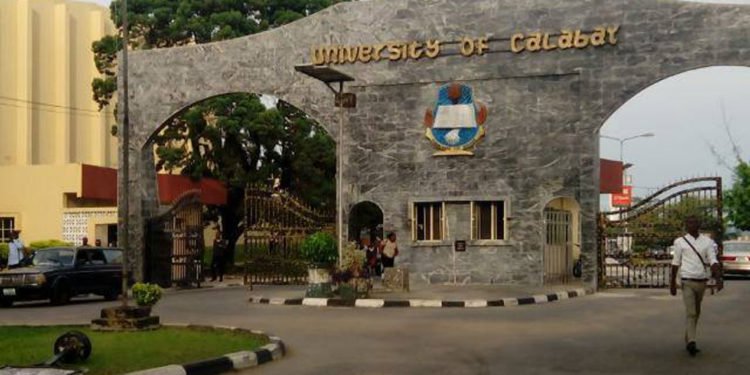 University of Calabar
Vice Chancellor of the University of Calabar, (UNICAL), Prof. Zana Akpagu, says they are investigating some staff who are allegedly involved in collecting money from unsuspecting members of the public and forging his signature to give them fake jobs in the institution, The Nation reports.
The VC, who said this during the inauguration of the students’ wing of the Independent Corrupt Practice and Other Related Offences Commission (ICPC) codenamed Students’ Anticorruption Vanguard (SAV), also disclosed that the University has identified some suspects involved in certificate and admission racketeering.
He said they are under investigation and would be dismissed if culpable.
Akpagu said his administration is committed to the anti-corruption war championed by President Muhammadu Buhari, as the University is the first in the country to introduce Anti-corruption as a course of study.
“We are here today as partners and not enemies of the ICPC. Our commitment to the anti-corruption war of the present administration is total and we have demonstrated this by becoming the first University in Nigeria to establish Anticorruption Study as a course. We may not have achieved our set goals yet but it is a right step at the right direction. In Nigeria, it may be new but we want to catch them young by teaching the younger generation the danger of corruption.
“The problem of this country is doing things the wrong way and embezzlement of public funds by some privileged individuals. If you travel out of this country and return, you will cry for the country because when you see that money meant for the development of the country ends up in people’s pockets, you weep. Some individuals in this country are richer than state. So, for us, the creation of this students wing of the ICPC is a well-thought initiative”, he said.
Chairman of ICPC, Prof. Bolaji Owasanoye, represented by the board’s Commissioner in charge of Akwa Ibom State, Mr. Sola Shodipo, said that corruption was everywhere including tertiary institutions hence, the need to involve stakeholders in the education sector to combat the menace.
He added that SAV was one of the initiatives of the anti-corruption agency intended to directly involve students of tertiary institutions in the fight against corruption in the country.
The ICPC boss commended the VC and his management team for the collaboration and the strides recorded in ensuring that corruption is defeated in the University.
The Coordinator of the SAV, Prof. Lulu Uwatt lamented that corruption in Nigeria has “assumed status of being ageless because of the great support given by human insincerity and the unprecedentedness to give corruption a real fight”.
She charged the ICPC, the school management and volunteers to watch each other’s back , have sincerity and unity of purpose and work relentlessly towards sanitizing the University community.
Top Stories