The governor through his SSG set up a 9 member committee to recover the said property, giving them till 31st of July 2019, to accomplish their aim. 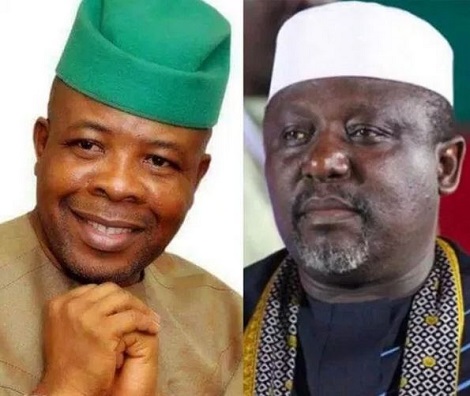 The Imo state governor, Emeka Ihedioha, has given till end of July, ultimatum to recover all government-owned property especially from his predecessor.

Vanguard gathered on Tuesday in Owerri, that this order came days after his Chief of Staff, Chris Okewulonu, has asked “Okorocha and his appointees to shut up and return all government properties in their possessions.”

This came as the Speaker of the Imo state House of Assembly, Chiji Collins, has said that the House in ensuring that those properties were recovered set up a committee for that purpose.

In view of this, the governor through his Secretary to the State Government, SSG, Uche Onyegucha, set up a 9 member committee, headed by Jasper Ndubuaku with Okechukwu Azu, to recover the said property. He gave them till 31st of July 2019, to accomplish their aim.

In the terms and conditions of their assignment was obtained by Vanguard, it stated: “To ascertain and document all movable properties belonging to the Imo State government which are presently held by unauthorized persons, including past government officials.

“To recover and return to the Government House or other designated government premises such recovered movable properties, irrespective of their conditions for official use or disposal wherever they may be found across the country.

“The committee has until the 31st of July 2019 to conclude its work and submit a comprehensive report to the Office of the Secretary to the Government of Imo State.”