There was serious pandemonium yesterday after a student of Ekiti State University went mad while coming back from school. 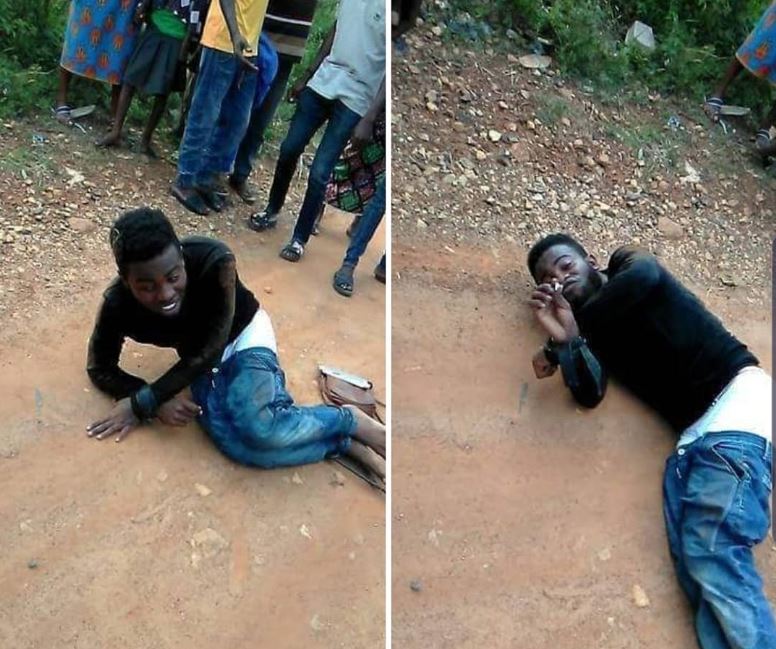 The student
A student of the University Ado Ekiti suspected to be an internet fraudster on Monday afternoon suddenly ran mad while back coming from school.
According to reports, the yet-to-be identified young man was said to have alighted from a ten passenger bus known as Akoto in front of NNPC along Iworoko and stood at the middle of the highway.
The vehicle from which he dropped was said to have loaded from the EKSU Campus.
The student after alighting from the vehicle began to show some display of insanity as he disrupted vehicular movement and attacked passers-by.
The young man in the process damaged handsets and many other valuables of those who tried to help him.
He was seen chanting “Aje oo” “Aje ooo,” meaning wealth. 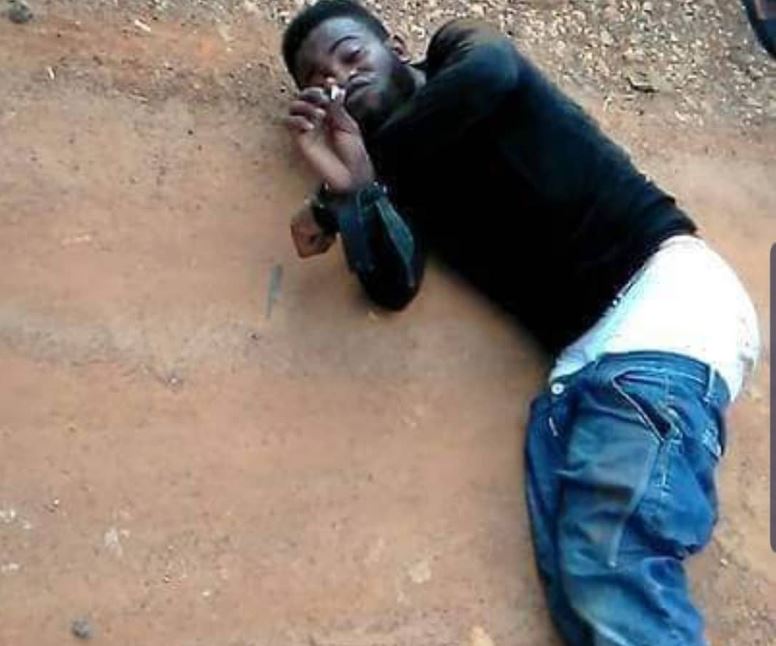 This made many people to suspect that the student may have engaged in some money rituals which eventually went wrong.
Many people were shocked with his different display of madness for over an hour before he was overpowered by a crowd and handed over to the police.
Top Stories