A student of LAUTECH has reportedly slumped and died while taking part in a session of exercise. 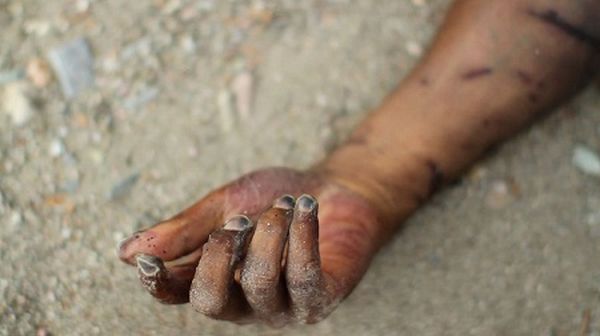 File photo
A 100-level student of Ladoke Akintola University of Technology (LAUTECH) Ogbomoso, has been confirmed dead after he slumped during an athletic exercise session at the school’s sports complex, a rport by Daily Post has shown.
The undergraduate identified as Moyosore Abdul Akinde, a student in the Department of Biochemistry was said to have slumped during a slow jogging at the weekend.
It was gathered on Tuesday that the deceased died on his way to the Health Centre.
The Vice-Chancellor of the institution, Professor Micheal Ologunde, while reacting, ordered that the institution’s sports centre be closed down for three days in honor of the deceased.
Ologunde, who described his death as another black episode in the history of the University, explained that it was a painful occurrence that remained unexpected and devastating.
He said, “We never expected this at a time that our students were just resuming for academic activities, at a time that we were aiming at unbroken academic calendar.
“Our prayer at this time was for God to grant his parents and relations the fortitude to bear this irreparable loss, while stopping all these unfortunate incidences in LAUTECH.”
Public Relations Officer of the university, Mr. Akin Fadeyi, who also confirmed the incident to Daily Post, added that the cause of the death of the deceased was yet to be ascertained.
Fadeyi in a telephone conversation with Daily Post on Wednesday said Akinde died on his way to the institution’s heath centre at the weekend.
He added that the incident occurred at the weekend and not on Monday as being speculated.
Fadeyi said, “Akinde Moyosore Abdul slumped. He died on his way to the heath centre. What really happened is still unknown because he died on his way to the heath centre.
“Had it been that he made it to the heath centre, the doctors would have told us the cause of his death. You know that LAUTECH is a non-residential institution and, everybody have access to the sport facilities. He is not the only one that has been using the facilities. But, no one can say what will happen. But, he died before he was rushed to the heath centre, the doctors would have told us what happened.
“It is an unfortunate incident, an undergraduate for that matter. But, since then the Vice Chancellor has ordered that the institution’s sports center be closed down for three days in honour of the departed soul.”
Top Stories