Her new cook-talk show will be launched in July according to information released by her media team. 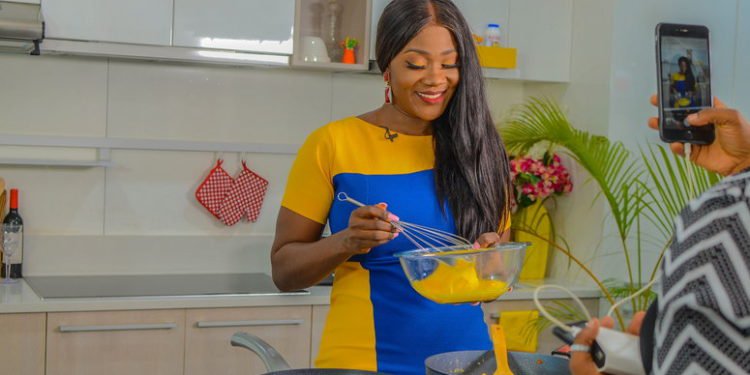 Mercy Johnson
Nollywood star, Mercy Johnson Okojie is set to lunch her new ‘kitchen talk show’ called Mercy’s Menu in July.
Okojie, who disclosed her plans, said she has completed shoot for new cook-talk show, adding that it would kick off in July.
The actress said that after some months of teasing fans, coupled with the 5.5 million followers on Instagram with her new focus, Okojie’s media managers confirmed that 13 episodes of the show have been completed.
According to her media managers, the 13 episodes featured Liz Benson, AY, Chigul, Omawumi, Niniola, Ufuoma McDermott, Lolo 1, Maraji, Busola Dakolo.
Others were Kemi ‘Lala’ Akindoju, Ill Bliss and Munachi, Lagos House Wife (Rayo), Prince Odi Okojie, Purity, Henry, and Angel.
According to her, the new cooking/talk show would focus on talking to fellow celebrities on their lifestyle, their opinion on life issues and their intimate secrets while cooking.
Johnson is considered to be one of the richest actresses in Nigeria, due to her net worth of $1 million.
She earns money in her position as brand ambassador for the iodized salt company, Mr Chef with Kogi State governor apart from acting.
Johnson got married to Prince Odianosen Okoije in 2011 and their marriage is blessed with three kids.
(NAN)
Top Stories