Nigerian Woman Laments After Being Dumped By Her Boyfriend


A Nigerian woman has taken to social media to lament after her boyfriend called it quit. 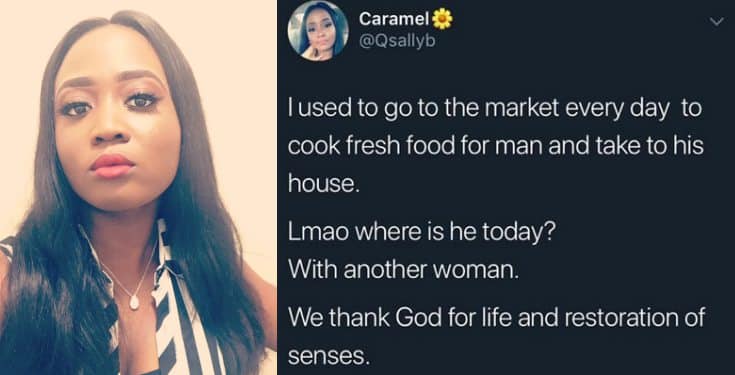 The woman shared the tweet after being dumped
A Twitter user with the handle @Qsallyb has expressed disappoint after being dumped by her boyfriend.
She lamented that all her effort to satisfy the man proved abortive.
According to her, she used to appease her man by cooking fresh food and taking it to his house but it didn’t deter him from ending the relationship.
In her tweet, she said:
I used to go to the market everyday to cook fresh food for man and take to his house.
Lmao where is he today?
With another woman.
We thank God for life and restoration of senses. 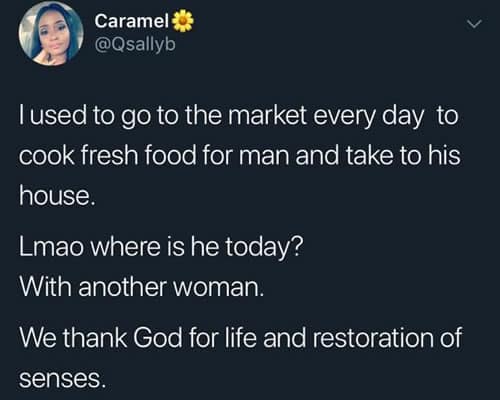