A man has escaped being killed in cold blood after he was reportedly attached by people said to be phone snatchers. 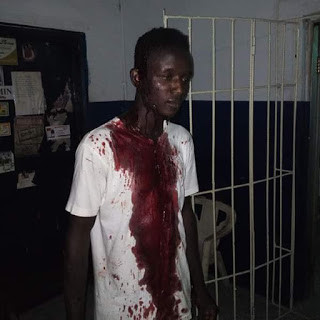 The man was drenched in blood
Photos have shown the gory injuries a man sustained after he was attacked in Sapele.
According to reports, the young man was found drenched in his own blood after being brutally attacked by people suspected to be phone thieves at an ATM spot in Boyo Road, Sapele, Delta State.
It was gathered that the assailants attacked the victim with cutlass and bottle because he refused to hand over his phone to them.
He was rushed to General Hospital by passersby where he is currently receiving treatment. His current condition is however not known.
See more photos of him below: 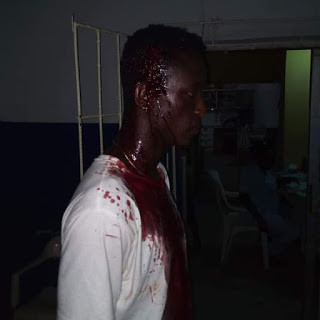 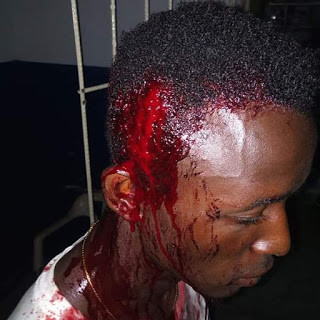