A newborn baby boy has been left outside an orphanage after the mother sadly passed away after he was born. 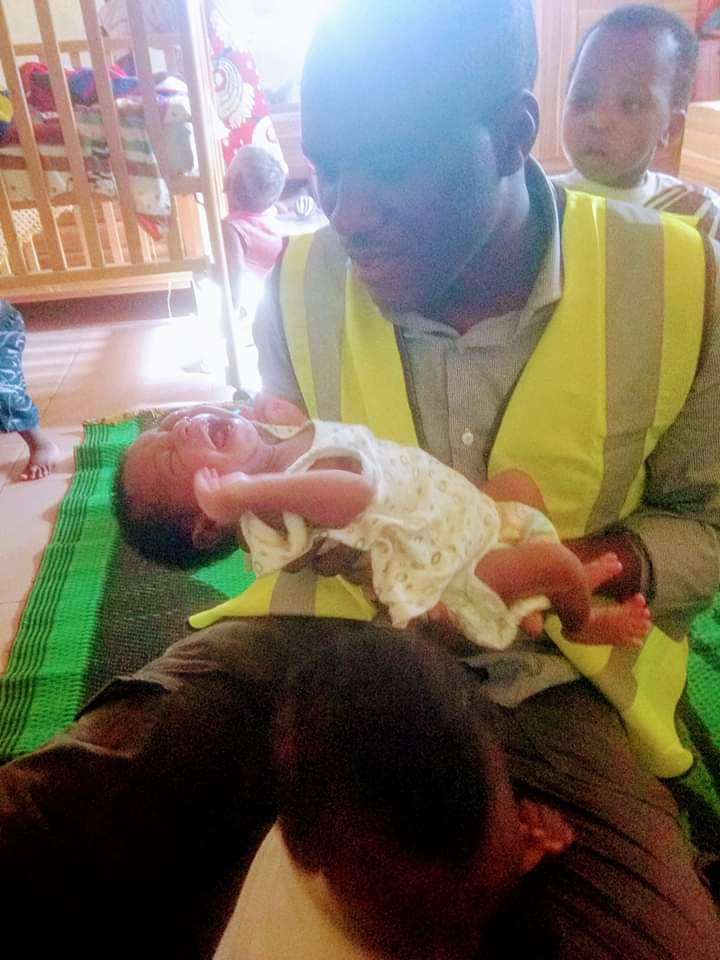 The baby was left at an orphanage
It has been reported that a new born baby (seen pictured above) was abandoned at the premises of Vine Hope Rescue Home, Kuje, Abuja.
The baby was left at the orphanage on Monday, June 17, 2019.
According to one Chigozie Effe, who shared the story on Facebook, the mother of the bady boy died while giving birth to him. The late mother was a native of Bassa Kuomo, one of the villages in Abuja, which allegedly still practices the killing of twins as well burying children whose mother died in the process of giving birth to them.
Read the report below:
"Travails of a One week old baby
"The joy of every nursing mother is to behold to countenance of her bundle of joy at birth but when she dies while bringing life it raises so much concerns and in other climes the child is seen as bad luck.
"Be that as it may, every child is a blessing from God no matter the circumstance in which the child came to the world.

"For the villagers who are mainly traditionalists and are yet to embrace Christianity, any child that is giving birth to and the mum dies in the process is considered evil and he is buried with the mum.
"This new born baby was dumped last Monday, June 17, 2019 at the premises of Vine Hope Rescue Home, Kuje, Abuja.
"This baby like many others have been rescued and kept at the Rescue Home for safe keeping and returned back when the management of the Home is sure that such practices have stopped.
"The baby who has not tasted breast milk needs all the support to stay alive.
"Vine Heritage Rescue Home is a home to no fewer than 156 children rescued from communities in Abuja still practicing killing of babies.

"According to some of the natives of Abuja, the killing of the babies at birth bring bountuful harvest and remove all forms of bad luck from their communties as they pay homage to their deity.

"It would be recalled that the FCT administration under Bala Mohammed carried out an investigation in these communities and came out with its report titled, Infanticide in Abuja" in 2013.
"The report which took the administration 6 months to carry out, shut the mouths of some natives of Abuja who had carried out a protest on Pastor Stevens, founder of the Vine Heritage Home."
Top Stories