He was running from immigration officers in Indonesia when he was crushed by a speeding car. 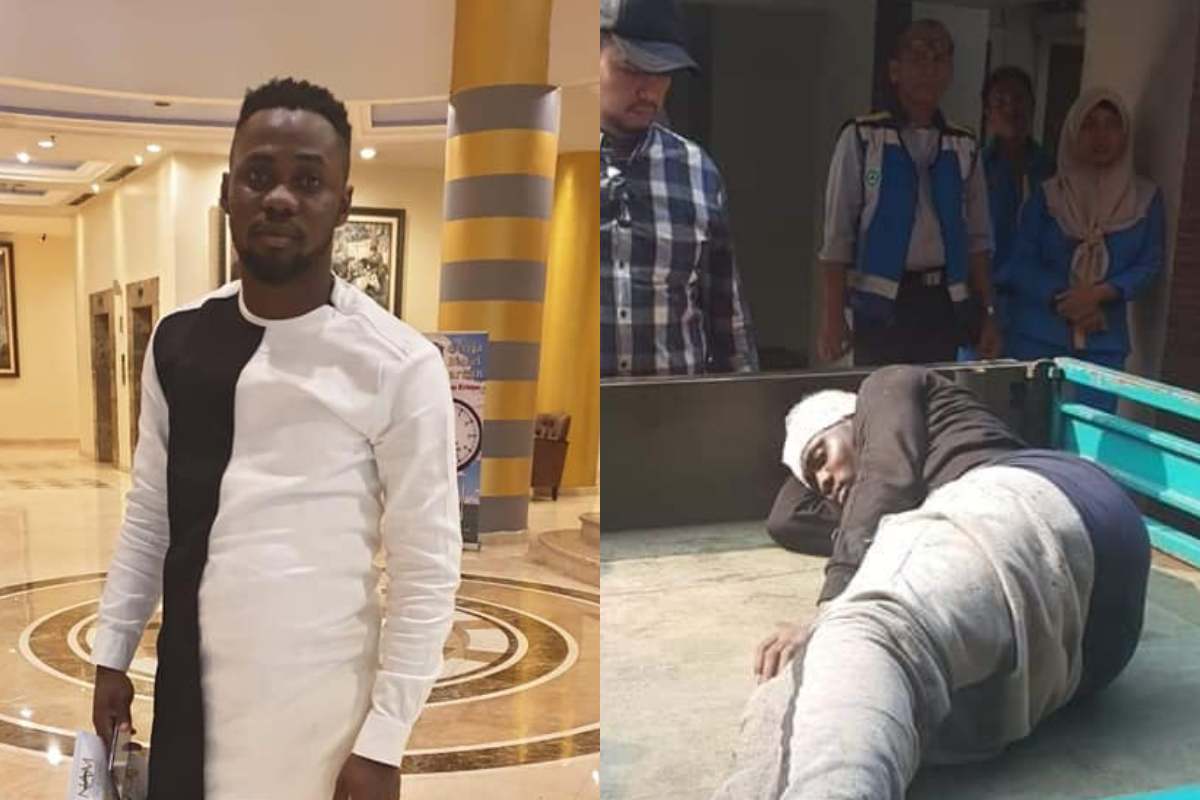 The Nigerian man
A yet-to-be named Nigerian man has died after he was hit by a car while running from immigration officers in Tangerang, Indonesia.
The young man said to be Igbo took to his heels during an immigration raid but luck ran out on him after he was hit by a car. He died afterwards.
According to a Facebook user, Obi Blaise who shared the story on his timeline, he wrote:
"WE LOST ONE OF OUR OWN TODAY HERE IN INDONESIA!!!!
(One Reason We Need Biafra, We Need To Go To A Country We Can Call Our Own and Our Home)
REST ON BOSS, You have done your part, You have tried like a man. Ije Nwoke Adiro Easy (If you think is easy come and try)
He was hit by a car, while trying to run from Immigration in Tangerang in Indonesia.
R.I.P Bro….."
Top Stories