'I Started Sleeping With My Ex-husband At 16' - Controversial Blogger, Blessing Okoro (Video)


She revealed that she started dating her ex-husband at 14 but started sleeping with him at the age of 16. 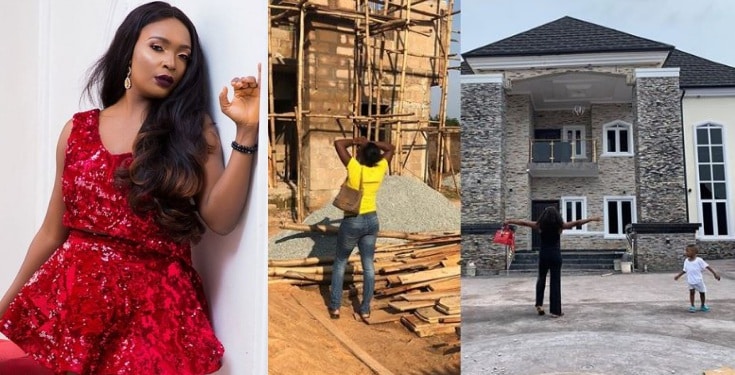 Blessing Okoro
Instagram blogger, Blessing Okoro has shedded more light on her crashed marriage.
In an interview with Daddy Freeze, Okoro revealed that she started dating at age 14 and was sleeping with her 24-year-old boyfriend at 16.
According to her, she didn't know she would eventually end up with him. She added that she's still in love with her ex-husband. She further revealed that he father disowned her for marrying her ex-husband.
Blessing Okoro also revealed that ‘Onyeze’ was invited by the police for questioning and the man who handcuffed her was on his knees begging.
Daddy Freeze shared the video with the caption:
“I started dating at 14….. I got married and divorced while still in the university….. Onyeze was invited by the police for questioning, the man who handcuffed me was on his knees begging.”
Recall that Okoro was disgraced some time ago after she posed with Onyeze's house while claiming that it was hers.
Many have said that Nigerians will read the interview with a tongue in cheek because of her obvious history of lying.
Watch interview below start from 9:00:
Top Stories