A man suspected to be a transformer vandal has been found dead after getting electrocuted in Anambra state. 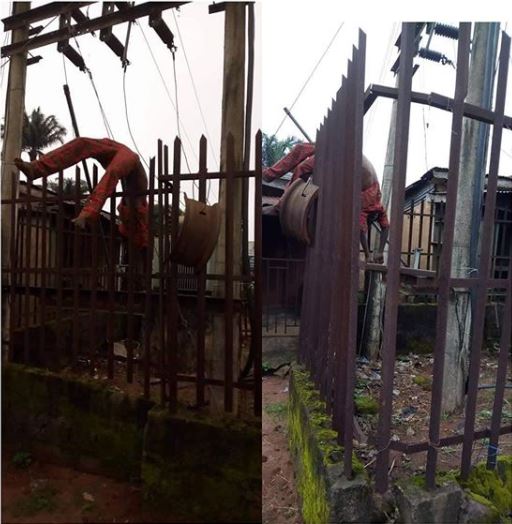 The man was found dead
It was pure shock that swept through a community in Aambra state after a suspected transformer vandal was found dead.
The man died after he got electrocuted today, June 23. He died after the armored cable he was trying to steal, exploded and electrocuted him instantly in Ezinifite, Anambra State.
The DPO of Aguata division, SP Ayeni Oluwadare, visited the scene of the incident and rushed the victim to the General hospital, Aguata, where he was confirmed dead on arrival.
Top Stories