I Will Be Governor Of Kogi By November - Dino Melaye Declares


Nigeria's controversial senator, Dino Melaye has declared that he will become the governor of Kogi state in a matter of months. 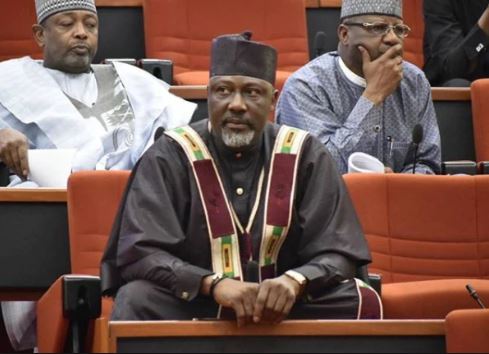 Dino Melaye
Controversial Senator, Dino Melaye says he will be governor of Kogi State in November when the governorship poll will hold, PM News reports.
Melaye, representing Kogi West in the Senate had recently declared his ambition to vie for the governorship seat of Kogi under the Peoples Democratic Party, PDP.
He must first of all overcome the hurdles of the party’s primary election to emerge as its candidate.
The lawmaker has intensified campaign with lots of posters and jingles on display on Twitter and Instagram, as well as showcased his achievements in Kogi State.
Melaye has also at several times disparage the incumbent Governor, Yahaya Bello of the All Progressives Congress, APC.
His campagn slogan is “Kogi Koya.”
“I will be Governor of Kogi State by the special Grace of God,” he said on his Instagram page on Sunday.
He added that “knowing yourself is the very foundation of all wisdom.”
The 45-year old senator was born on January 1, 1974 and bagged a degree at the Ahmadu Bello University, Zaria, Kaduna State.
Melaye has lots of controversies. As a senator, it was alleged that he continued to operate a checking and savings account with a US bank, in violation of Nigeria law, a report he has not denied. Nigeria’s Code of Conduct Bureau prohibits the use of foreign accounts by elected and public officials.
One transaction on Melaye’s Bank of America debit card is an approved payment to the New York-based Schweiger Dermatology for $1,000. The company describes itself as a medical and cosmetic dermatology service offering a variety of skin healthcare needs.
Melaye had dodged questions towards his operations with these bank accounts, despite evidence provided including transaction dates, bank statements, card numbers, and location of the transactions.
Top Stories