Mufutau Timileyin Sulaimon aka Pencil said to be a notorious kidnapper has been killed in a gun battle by police. 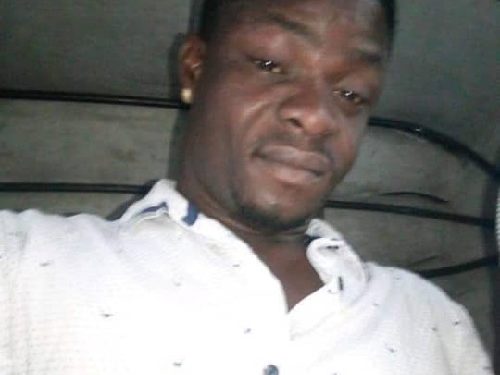 Mufutau Timileyin Sulaimon
An alleged notorious kidnapper Mufutau Timileyin Sulaimon alias Pencil was on Sunday night shot dead during gun battle with operatives of the Lagos State Police Command, according to TheNation.
It was gathered that Pencil was said to be the leader of a murderous gang that killed two Bureau De Change (BDC) operators and two others at Odugunyan in Ikorodu on March 14 after collecting N1.6m ransom from the operators.
The bodies of the deceased were recovered from a septic tank where detectives later recovered the bodies following the arrest of three members of his gang.
It was gathered that the police had stormed his hideout around 9:10 pm where he opened fire on the team injuring two Special Anti-Robbery Squad (SARS) operatives Sergeants Omola Adedeji and Oluwadare Gbenga.
A statement by police spokesman Bala Elkana, a Deputy Superintendent (DSP), said Pencil’s gang was responsible for the mysterious disappearance of people in Ikorodu over a period of time.
“They are serial killers, rapists and cultists. Three members of his gang were earlier arrested by SARS operatives and they led detectives to their den at Ikorodu where corpses of the two BDC operators and two other victims were recovered. A sustained monitoring of the fugitive ring leader finally yielded positive results as the team eventually traced him to his hideout at Odogunya, Ikorodu.
“On sighting the team led by DSP Rotimi Ogunmuyiwa, the said Mufutau Timileyin Sulaimon popularly known as Pencil engaged them in a gun battle.
“Two SARS operatives namely Sergeants Omola Adedeji and Oluwadare Gbenga sustained various degrees of injuries, while pencil sustained bullet wound on his two legs. They were all taken to the hospital and the said Pencil was confirmed dead on arrival.
“While the said Pencil was confirmed dead on arrival, the two injured operatives were taken to intensive care Unit and are responding to treatment. One gun with live ammunition as well as an expanded ammunition were recovered,” he said.
Top Stories