This young man here has tried to thwart his roommate's move to sleep with his girlfriend as usual. 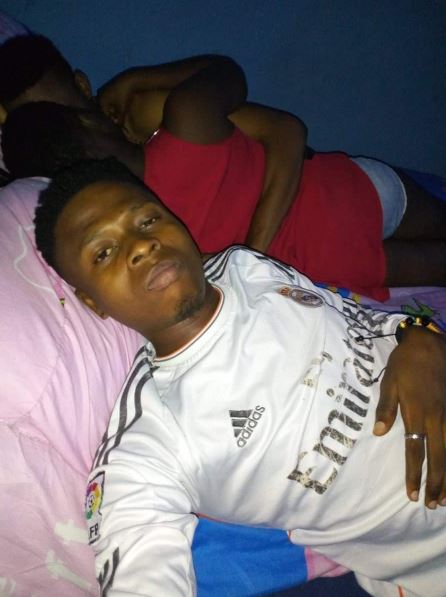 The viral picture in question
A Nigerian guy has left so many people in stitches after he shared a photo of himself which also features his roommate with his girlfriend lying on the same bed.
The guy, with the handle, @yankohBoy on Twitter shared the photos on his page with a caption that has got a lot of people talking. It’s obvious that he got the memo from his roommate but chose to decline.
He wrote alongside the photos, "I refuse to go anywhere today. We die here"
Some people have been hailing him on the microblogging platform as they say he’s helping to curb premarital s*x while some others are not feeling him cause he’s breaking the ‘bro code’. 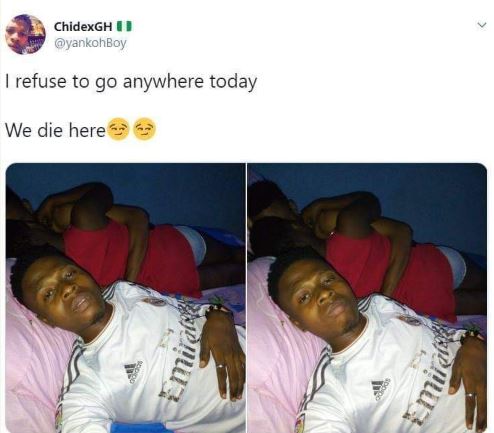