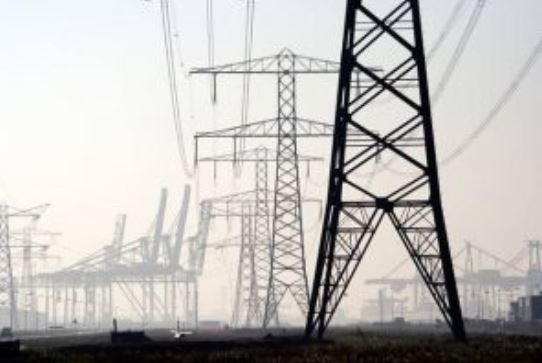 The nation’s power generation dropped to 3,390.7 megawatts on Monday as seven plants, including three built under the National Integrated Power Project, sat idle.
Electricity generation has been hovering around 2,600MW and 3,800MW as of 6.00 am every day since the start of this month, according to data obtained by a Punch correspondent. It plunged to 2,692.7MW on June 7.
Seven power plants, namely Afam IV&V, Alaoji NIPP, Olorunsogo NIPP, Gbarain NIPP, Okpai IPP, AES IPP and ASCO IPP, did not generate any megawatts of electricity as of 6.00 am on Monday.
Total generation fell slightly to 3,429MW as of 6.00 am on Sunday from 3,461.7MW on Saturday, data from the Nigeria Electricity System Operator, an arm of the Transmission Company of Nigeria, showed.
The amount of electricity produced by the nation’s 27 power plants stood at 3,898.9MW as of 6.00 am on Friday, the highest level achieved so far this month at that time of the day.
The plants generated 4,050MW as of 6.00 am on May 30 but their total output dropped to 3,161.6MW on June 1, according to the data.
The system operator put the nation’s installed generation capacity at 12,910.40MW; available capacity at 7,652.60MW; transmission wheeling capacity at 8,100MW; and the peak generation ever attained at 5,375MW.
The nation generates most of its electricity from gas-fired power plants, while output from hydropower plants makes up about 30 per cent of the total.
Last month, the power grid experienced what the Managing Director of TCN, Mr Usman Mohammed, described as the worst system instability since he assumed office.
The data from the system operator showed that power generation plunged to zero megawatt as of 6.00 am on May 9 and 10.
The TCN, which manages the national grid, is still fully owned and operated by the government.
The grid has continued to suffer system collapse over the years amid a lack of spinning reserve that is meant to forestall such occurrences. It has suffered seven collapses so far this year.
Spinning reserve is the generation capacity that is online but unloaded and that can respond within 10 minutes to compensate for generation or transmission outages.
Out of the five power stations meant to provide spinning reserves, none has any actual reserve, with the contracted reserve put at 295MW.
The power stations are Egbin, Delta, Olorunsogo NIPP, Geregu NIPP and Omotosho NIPP.
More than five years after the privatisation, the investors who took over the six generation companies and 11 distribution companies that emerged after the unbundling of the Power Holding Company of Nigeria are still grappling with the old problems in the sector.
The sector is plagued with problems of gas supply shortages, limited distribution networks, limited transmission line capacity, huge metering gap, electricity theft, and high technical and commercial losses, among others.
The financial viability of the Nigerian electricity supply industry remains the most significant challenge threatening the sustainability of the power sector, according to the Nigerian Electricity Regulatory Commission.
Top Stories