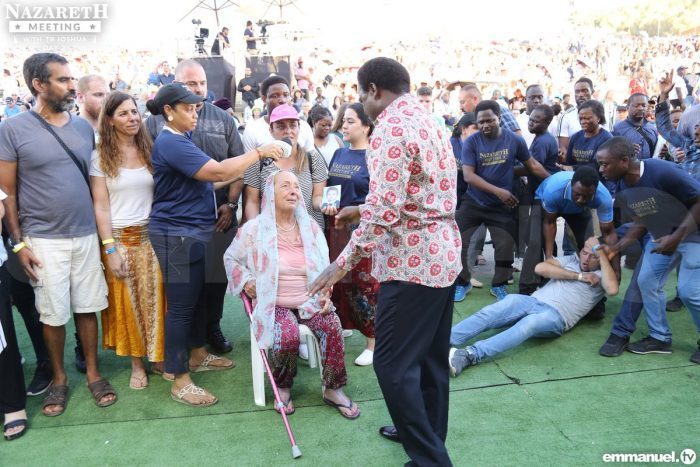 Prophet T.B. Joshua, like a rock star, has drawn a record crowd of evangelical Christians from all over the world to a mass faith-healing in a stadium just outside Jesus’s hometown of Nazareth in Israel.
The prayer session which began on Sunday ended Monday with Joshua proclaiming the enactment of many miracles.
His Twitter account splashed photographs of several worshippers who claimed to have been healed of their ailments. Among them were persons who came to the event in crutches, and left whole. “One woman who was born deaf confirmed that she can now hear for the glory of God”, Joshua tweeted.
And at the end, of the two-day event styled #NazarethMeetingWithTBJoshua’, Joshua thanked the Mayor, the Nazareth municipality and the police for their support and their love. 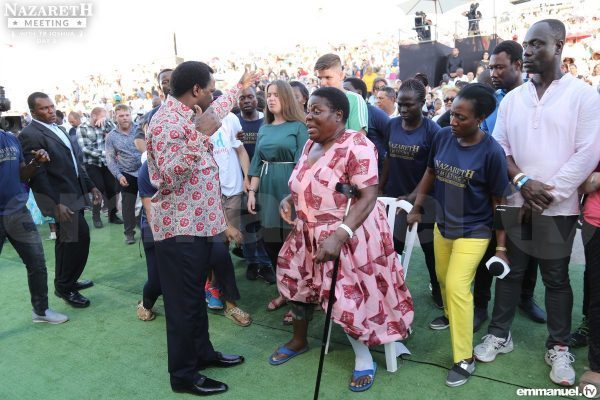 He advised all: “Make Nazareth your second home. Visit orphanage homes and hospitals – extend your love because the love you give away is the only love you keep”.
He also gave T-shirt souvenirs to all the attendees.
In a report of the healing session on Sunday, by New York Times, worshippers who thronged the healing session sang in various languages while others collapsed and even vomited during the event.
“Jesus’s father, Joseph, and his mother, Mary, came from here. What a blessing. No other place would have been better for Jesus to come from. It was God’s design,” Joshua told the crowd gathered in a sun-baked stadium on Mount Precipice. 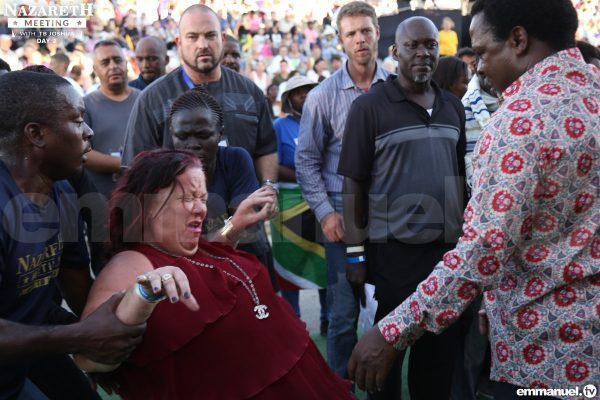 When T.B Joshua descended from the stage to bless attendees, placing his hand on their heads, several declared themselves healed from sickness or infirmity. Attendants stood ready to catch those who fainted in excitement.
Minerva Resendiz, from Mexico, said she had come to see Joshua as part of the two-day gathering “to ask for healing, for a breakthrough … to resolve conflicts in the family”.
“I would like that (all people) could see a miracle through Jesus Christ,” Resendiz, 40, said. Other pilgrims came from China, Russia and African and South American countries. 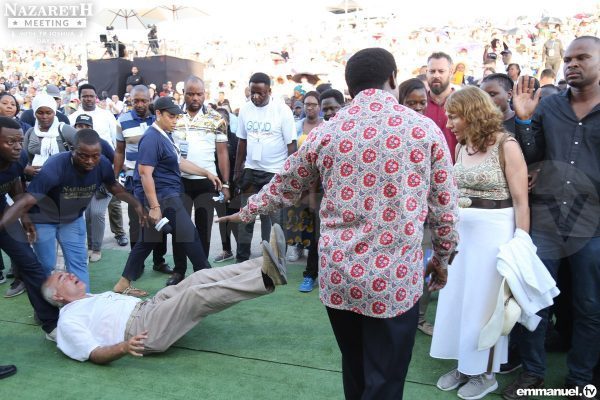 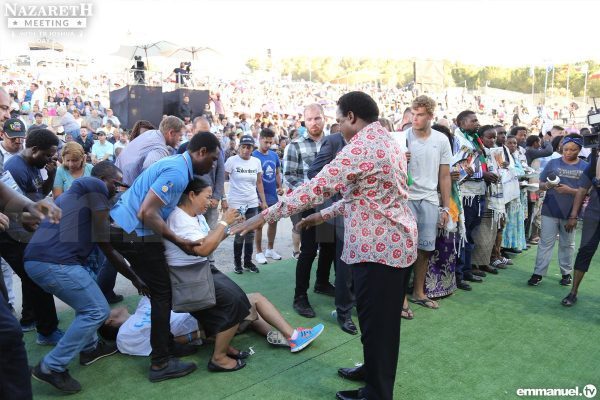