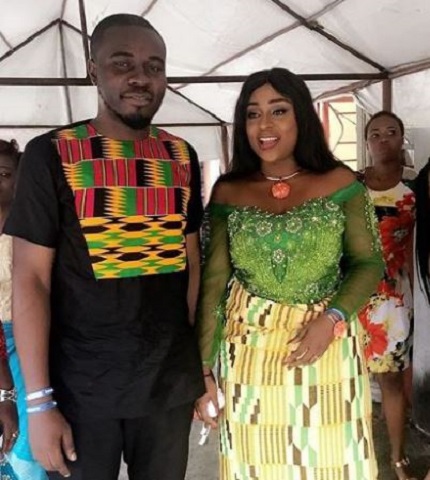 Queen Wokoma
Queen Wokoma's less than two years old marriage to Rivers state politician, Prince Kalade Allison has reportedly crashed.
In a post released on blogger, Linda Ikeji's page, the politician announced the end of his marriage to 'The Blood of Fire' actress.
According to him, the union between them has come to an end and they would love for the public to respect their decision and that of their son.
"There is always an end to everything, and this is the end for us. It's best we go our separate ways and please no bashing for the sake of our innocent son. I believe this is the best decision, peace is priceless and no man wants to die before his time. I am by this notice formally letting the general public know that Queen Wokama is no longer my wife pending our final annulment (divorce). I wish her and whoever she intends to spend the rest of her life with the best in the future. #PeaceIsPriceless," he wrote.
Even though it appears he has since taken down the post, it looks like their marriage had faced a lot of hurdles which they couldn't withstand.
Queen Wokoma has not responded to this latest development.
Queen Wokoma has featured in movies including 'Dangerous Mafians,' 'Nurses Cult,' 'Snake Lord,' 'Bed Nurses'.
The last time we reported a celebrity couple going their separate way, was a few weeks ago when Bradley Cooper and Irina Shayk shocked the entire entertainment world with the news of their breakup.
Top Stories