There are certain unconventional ways to survive in the boisterous city of Lagos. These are some of those ways. 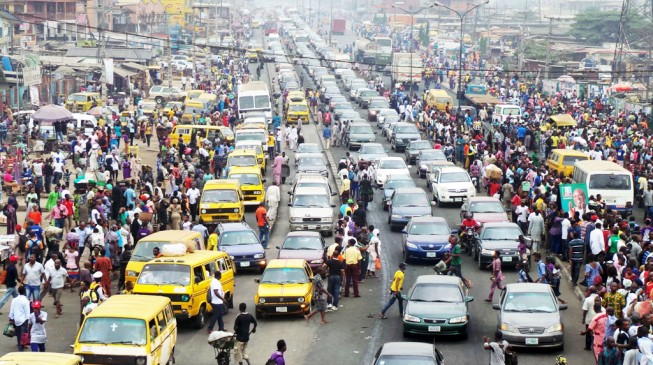 A Lagos traffic
Survival in Lagos is a demanding task. It is a place of great interest both for those intending to start living or working in Lagos and those who already live and work in the city.
There is a popular notion that anyone who makes it in Lagos can make it anywhere in the world. Lagos is the busiest city and main commercial hub of the country.
Beyond surviving, it is important to know how to really scale through and make life meaningful even in a place like Lagos. Without going further, here are six essential ways to survive the hustle of Lagos:
1. Socialise and meet people with caution
In a place like Lagos you really need to watch the way, you socialise with people. Be cautious of people you mingle with because you basically don’t know the intentions of people.
Keep your friends close and your enemies closer is a great motto to live by in Lagos. However in a city of surprises, you can never tell where your help might come from so go out, socialize and meet new people.
2. Multiple streams of income
Ignore the adage “Tomorrow will take care of itself.” As a resident of Lagos, you need to plan yourself. Multiple streams of income is the best way to survive. Don’t waste your time, try and invest it on something tangible that would yield profit for you.
3. Mind your business
Never interfere in an argument or a fight that does not concern you. Life in Lagos is very stressful and most people living in the city are emotionally tensed. It is best not to anger them in such state of mind.
Sometimes, fraudsters may also setup a fake argument or fight to lure a crowd that they can easily prey on. You can hardly tell which argument or fight is real or not.
4. Don’t loiter at night
Hoodlums hang around in some parts of Lagos. Most of them live in the environs and usually stay out on the streets till late night, mostly at solitary areas.
Generally, at night, solitary areas are a good scene for a crime and anyone can take advantage of this. Phones, laptops and cars get snatched in such places whether day or night.
5. Observe the flow of traffic
Lagos is well known for heavy traffic. It might take you longer time to travel to and fro a destination within the city. But one thing about traffic in Lagos is that it occurs especially at specific times of the day.
So, by observing the day-to-day flow of traffic, you can get to understand the best times to travel and get to your destination faster.
6. Be mentally prepared
In Lagos, you need to be sharp and mentally prepared to survive the hurdles in the city. There are different set of people with different kind of backgrounds in Lagos, especially those bus conductors. If you are not sharp they could roughshod you with their shout and roar. To survive in Lagos be ready and sharp to face every hurdles each day.
***
Source: The Nation
Top Stories