Zimbabwe Bans Use Of U.S. Dollars, Others


But since its launch in February, the RTGS has struggled amid black market speculation that has seen its value slide sharply against the US dollar. 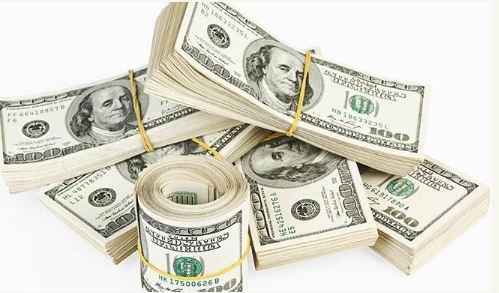 In a bid to defend its fledgeling new currency against black market speculation, Zimbabwe‘s Finance Minister Mthuli Ncube has outlawed the use of the US dollar and a host of other foreign currencies in local transactions.
In 2009, Zimbabwe allowed the US dollar and other foreign currencies to be used as legal tender in the country after hyperinflation decimated the value of the Zimbabwean dollar.
Earlier this year, to pave the way towards ending so-called “dollarisation”, the country laid the foundations for a new Zimbabwean dollar by introducing an interim currency, the Real Time Gross Settlement dollar (RTGS) or “zollar”.
But since its launch in February, the RTGS has struggled amid black market speculation that has seen its value slide sharply against the US dollar.
Monday’s government decree values the RTGS at par with the Zimbabwe dollar and mandates it be used as the country’s sole legal tender for local transactions with immediate effect.
“The British pound, United States dollar, South African rand, Botswana pula and any other foreign currency whatsoever shall no longer be legal tender alongside the Zimbabwe dollar in any transactions in Zimbabwe,” read the decree.
But some believe the measure will not arrest the decline of the RTGS.
“I think its ridiculous measure,” said Eddie Cross, an economist and founding member of the Movement for Democratic Change, the main opposition party in Zimbabwe.
“The exchange rate will run and this is completely out of sync. For heaven’s sake, this is economic sabotage. I hope people will not go on the street tomorrow. This is just catastrophic,” Cross told Al Jazeera.
Independent economist Victor Bhoroma said businesses with debts denominated in foreign currencies could see the cost of servicing those obligations soar.
“It means that all debts contracted in USD are now payable in the local currency,” Bhoromoa told Al Jazeera.” All products and services that were being indexed in USD (ie, insurance and property) since it was legal tender will now be indexed in local Zimbabwean dollar.”
Top Stories