The winner of the Big Brother Naija 2018 season, Miracle Igbokwe Ikechukwu, has become an instrument pilot. 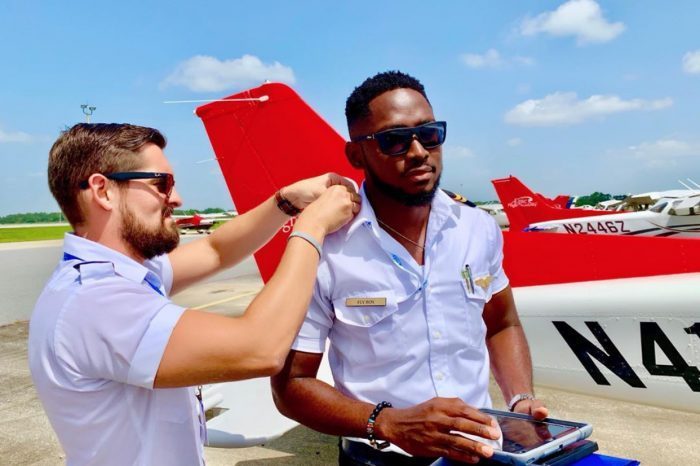 Miracle
Miracle Igbokwe Ikechukwu, winner of 2018 Big Brother Naija (BBN) ‘Double Wahala’ reality show has obtained certification as “Instrument Rated” pilot.
Ikechukwu celebrated the feat on his Instagram page @miracleikechukwu, saying: "A lot of turbulence while en-route but finally landed..“Instrument Rated!”.. It’s only Your Grace Lord.. Thank You.. and to everyone who has supported meh thus far, I Appreciate… GOD Bless..” 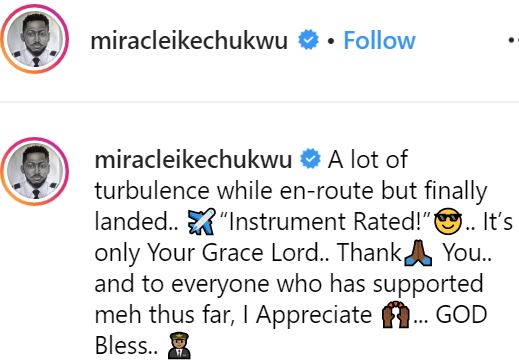 In January this year, Miracle announced on the same platform that he has enrolled at Epic Flight Academy, Florida, United States to complete his aviation training and obtain his commercial pilot license, CPL.
Born on 17 February, 1995 in Lagos, Miracle Igbokwe Ikechukwu’s home state is Imo. He attended Dee Unique International High School in Owerri.
In pursuit of his desire to become a pilot, he went to study at the IAC International Aviation College. He also was a student of Nigerian College of Aviation Technology, which is in Zaria, where he obtained the pilot license.
Top Stories