Arsenal simply cannot match the price of Zaha after failing to qualify for the Champions League. 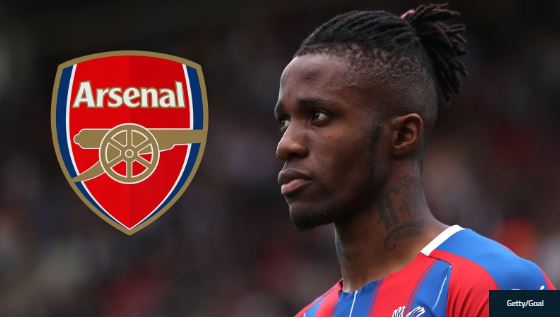 Wilfried Zaha
Crystal Palace star Wilfried Zaha is keen on a move to Arsenal, but the Gunners can't afford him according to BBC Sport correspondent David Ornstein.
The Eagles want around £80 million ($101.4m) for the 26-year-old, a figure which Arsenal simply cannot match after failing to qualify for the Champions League.
Palace's need to sell has will also be greatly diminished by the huge fee they are expected to bring in from Manchester United for right-back Aaron Wan-Bissaka.
Roma have finalised a deal with Inter for the transfer of striker Edin Dzeko, reports Sky Sport Italia.
The Bosnian will join Inter for a fee of €10 million (£9m/$11m) with 18-year-old forward Edoardo Vergani heading to the Giallorossi as part of the deal.
The move will see the 33-year-old, who scored 9 goals in 33 league games for Roma last season, move to the San Siro at the end of June.
Arsenal are set to make Saint-Etienne defender William Saliba their first signing of the summer transfer window, reports ESPN.
Tottenham and Paris Saint-Germain were also interested in the France Under-19 international, but the Gunners have come out on top in the race for the 18-year-old.
As part of the deal, Saliba will remain with Saint-Etienne on loan in order to play regular first-team football before moving to England.
Pierre-Emerick Aubameyang making the switch from Arsenal to Manchester United would aid Inter in their pursuit of Romelu Lukaku, reports Corriere dello Sport (via calciomercato.com)
The Serie A club have been heavily linked with a move for the Belgian international, with his agent Federico Pastorello saying 'nothing is impossible' regarding a potential move.
Aubameyang meanwhile has been at the Emirates Stadium since January 2018, and scored 22 Premier League goals in 36 appearances last season.
Romelu Lukaku's agent Federico Pastorello has confirmed Inter's interest in taking the Manchester United forward to Serie A.
Per the Independent, Lukaku would be open to the move - but Antonio Conte's side are yet to match United's £80 million (€89.2m) valuation.
“Lukaku [joining Inter] is a dream, a difficult one to make happen as such, but I believe nothing is impossible," Pastorello said. "It’s not impossible and Inter is trying hard.”
Top Stories