Sagay noted that Nigerians were more interested in how much senators take home monthly in both salaries and allowances. 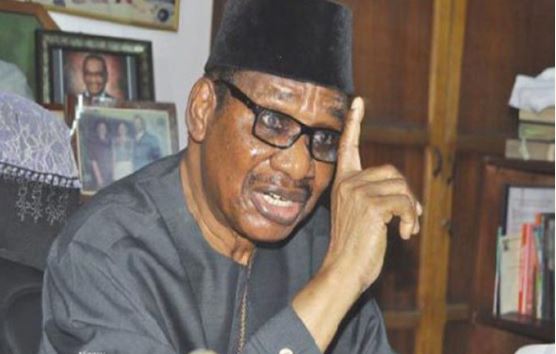 Prof. Itse Sagay
The Chairman of the Presidential Advisory Committee Against Corruption, PACAC, Prof. Itse Sagay, said the Senate President, Ahmed Lawan was being economical with the truth when he said his monthly salary as a senator was N750,000.
According to the controversial Constitutional lawyer, a senator takes home N15 million monthly.
He therefore asked the Senate President to stop misleading the public with his half truth.
Recall that Lawan had on Tuesday in Abuja said that there was no ‘jumbo’ salary for senators as was being claimed and that they earned N750, 000 monthly.
Speaking to the Punch on Wednesday, Sagay noted that Nigerians were more interested in how much senators take home monthly in both salaries and allowances.
He pointed out that it was public knowledge that the bulk of the money earned by senators come from their allowances.
He was quoted as saying: “He (Lawan) knows that nobody will take him seriously. I respect and like him, but what he has done is to give half-truth. He is telling us the actual salary without mentioning anything about the allowances.
“That’s where the jumbo pay comes in when you talk of building, furniture, domestic this or that, 15 items and those items alone bring everything up to N13.5m a month. So, simply mentioning the base salary, which brings it over N14m, is not sufficient.
“So, technically, he’s right, that’s their salary. But what is his income, take-home pay, at the end of the month? It’s about N15m and we are not including so many other things we need not talk about now.”
Top Stories