A businessman has been found dead inside a car submerged in a river just three months after he went missing. 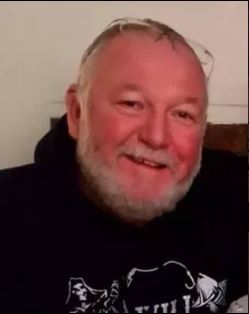 A body believed to be that of missing Brit Martin Walker has been found in SpainCredit: Carpquarry.com
The body of a British businessman has reportedly been found after a sunken car was pulled from a reservoir three months after he went missing in Spain.
Documents in the name of 59-year-old Martin Walker were found in the pockets of the clothes the body was wearing.
The 4x4 car - also reportedly belonged to the man - was found by fishermen on Monday before being pulled ashore by divers, Spanish police said.
An appeal for information was issued by police in the region of Zaragoza in the north east of Spain after Mr Walker disappeared around March 4.
Authorities received a call after a vehicle was seen in the water at the Civan reservoir in Caspe at around 1.30pm. 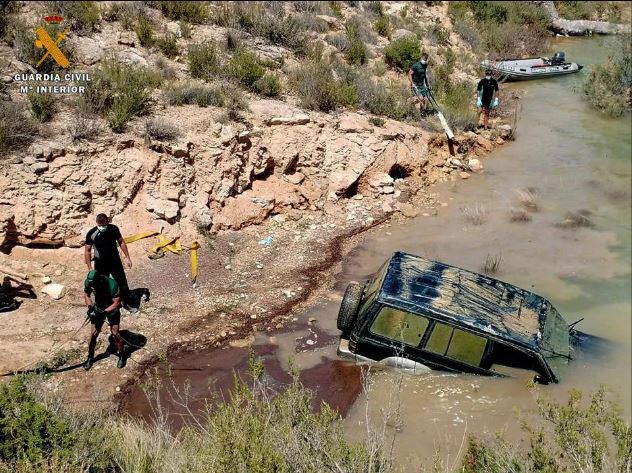 A car belonging to Walker was pulled from a reservoir three months after he went missingCredit: EPA
The SUV was found around 200 meters from the shore almost entirely submerged in the water, with only the upper part visible.
Specialist divers discovered a corpse inside the vehicle on Wednesday, according to police.
Forensics and DNA analysis are yet to confirm the identity of the corpse, with the body being transferred to the Institute of Legal Medicine in Aragon.
However, the car's licence plate and model was found to belong to the British national.
Martin Walker had lived in the Zaragoza town of Caspe in northern Spain for around 15 years.
He was previously of High Wycombe, in Buckinghamshire.
He ran Catfish Capers, a fishing tour business that he set up in 1998 which operates on the River Ebro. 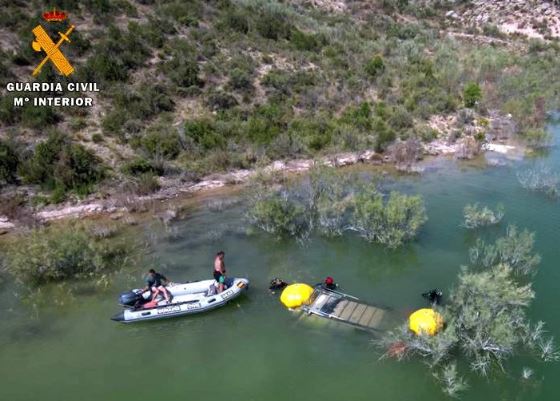 His last known sighting was at the Jolly Fisherman pub in Caspe, according to Spanish media reports.
His son Jonny Walker told Angler's Mail that when his father went missing a company vehicle was also unaccounted for.
Johnny wrote on Facebook on March 15: "If anyone has been in contact with my dad within the last 2 weeks. Can you please contact me asap."
The body of another missing Brit who disappeared in southern Spain in June during a 1,400 mile trek from London to Gibraltar, was found.
Hunters alerted authorities after finding the remains of former Leicester councillor David Oldman around 11am on Sunday.
Fears started to grow when he failed to ring his mum or board a flight he was due to catch home a few days after he disappeared.
***
Source: The Sun UK
Top Stories