A pastor has stunned many people inside a church in Ebonyi state after he reportedly turned newspaper to money. 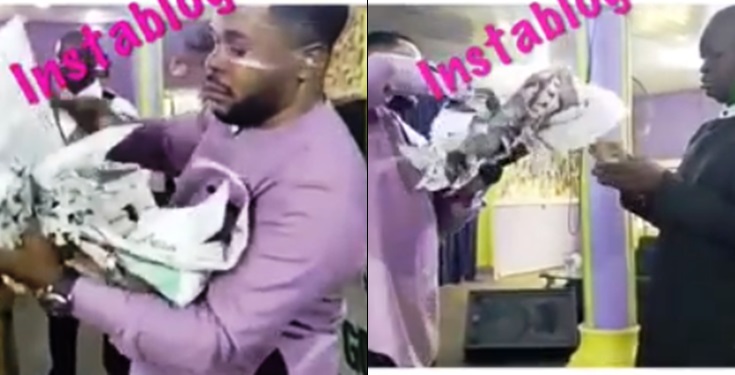 The pastor performing the miracle
A Nigerian pastor has caused a stir on social media after he was spotted tearing and turning newspaper into money in Ebonyi state.
The man of God left his congregation dazed after he was seen performing the money miracle during a church service.
The pastor could be seen in the video gathering empty newspapers together, and then squeezing them and within seconds, multiple naira notes began coming out of the squeezed newspapers.
Watch the video below: