A lawmaker has reportedly evaded a court service that challenged his seat, a development which caused slight drama in Abuja. 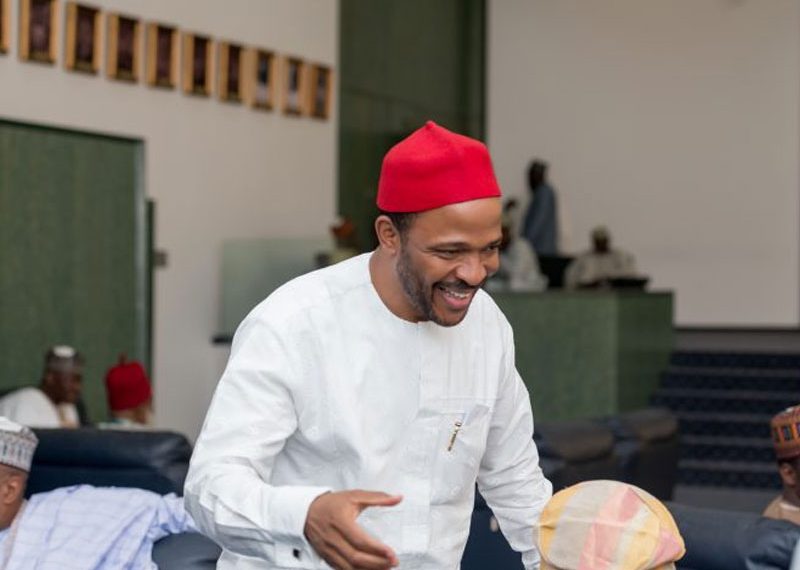 Emeka Nwajuba
According to a report by Sun News, a mild drama played out at the Abuja residence of the lawmaker representing Ehime-Mbano/Ihite Uboma/Obowo federal constituency of Imo State in the House of Representatives, Emeka Nwajuba, as he allegedly refused to receive court a process challenging his certificate of return from the bailiff of the Court of Appeal.
The federal lawmaker allegedly refused to come out of his residence, for hours after becoming aware of the presence of a bailiff of the court, Usman Mohammed, at his residence to effect personal service of the appeal process on him.
Attempts by the bailiff who had laid siege to his residence located on Bamanga Tukur Street, Plot 1268, Gudu District, Abuja to serve Nwajuba with the court processes were frustrated by the activities of his domestic staff and supporters who allegedly threatened to assault the bailiff if he did not leave the premises.
He was rather directed to proceed to the office address of Nwajuba at TETFUND to effect the service.
Interestingly, the lawyers who had represented him at the High Court of the FCT in Kubwa which gave the judgment now on appeal, had equally rejected the same court process claiming that they did not have instruction to act for him at the Court of Appeal.
Nwajuba who lost the primaries of the All Progressives Congress and decamped to Accord Party had also lost the general to the APC candidate, Chike Okafor.
He, however, obtained an order from Justice Bello Kawau of the FCT High Court, Kubwa that compelled the hands of the Independent National Electoral Commission (INEC) to issue him a certificate of return that is now subject of an appeal at the Abuja division of the Court of Appeal.
Specifically, the APC and its candidate, Chike Okafor, had approached the Abuja division of the Court of Appeal to nullify the judgment of the High Court of the FCT that produced Emeka Nwajuba of the Accord Party, as a member of the House of Representatives for Ehime-Mbano/Ihite Uboma/Obowo federal constituency of Imo State.
The action is contained in their separate notices of appeals filed before the appellate court against rulings of the FCT High Court which gave rise to the issuance of certificate of return to Nwajuba by the INEC.
In its seven grounds of appeal filed by his counsel, Roland Otaru (SAN), Okafor urged the Court of Appeal to hold that the lower court erred in law in holding that he was functus officio to set aside his order of April 29, 2019, and the entire proceedings in suit No. FCT/HC/CV/423/2018.
Okafor argued that the decision of April 29, 2019, and the entire proceedings in the suit was a nullity as it was made without jurisdiction adding that a court can never be functus officio to set aside or revisit it’s null order’s.
That the refusal to set aside his orders of April 29, as well as the entire proceedings in the suit had occasioned a miscarriage of justice.
The appellant told the court that he was never made a party to the suit and Mrs. Uzoma Chioma Mary Ann who originated the suit knew that he and not Emeka Nwajuba (3rd respondent) was the candidate of the APC for the Federal constituency seat.
He submitted that the order made by the judge on April 29, 2019, was against the appellant, who was not a party before the court.
The orders made by the court on April 29, 2019, were made without jurisdiction as they were made well outside the 180 days permitted by the 4th alteration to 1999 constitution for the trial court to conclude pre-election matters.
The orders were made after the election at a time Emeka Nwajuba who is now the beneficiary, had filed an election petition at the National Assembly Election Tribunal in Owerri challenging the return of the appellant.
Top Stories