Busted! How Man Pretended To Be Doctor, Offered Medical Services To Lagos Community


A man has been nabbed after pretending to be a doctor and offering medical services to a Lagos community. 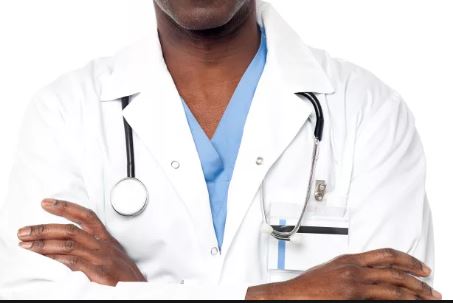 File photo
The police on Friday in Badagry, Lagos State, arraigned  a 28-year-old man, Emeka Onme, who  allegedly impersonated a medical doctor and offered medical services to a community, Vanguard reports.
The defendant, whose address was not provided, is facing a three-count charge of impersonation, fraud and breach of the peace before a Badagry Magistrates’ Court.
The defendant, however, pleaded not guilty to the charge. According to the Prosecutor, ASP Clement Okuoimose, the defendant paraded himself as a medical doctor working at the Badagry General Hospital and offered medical services to the inhabitants of Torikoh in Badagry.
The prosecutor said that the defendant committed the offences on June 18, at 8:30p.m, at Ajara Torikoh.
“The defendant obtained N160,000 from Miss Maria Ankpa of No. 7, Church St., Torikoh, Badagry, with a promise to help her to secure employment, a representation he knew to be false.
“He also collected N5,000 from one Titilayo Ogun under the pretense to get her employment,” the prosecutor added. He also said that the defendant conducted himself in manner likely to cause breach of the peace after he pretended to be a medical doctor and offered medical services to Torikoh inhabitants.
“The offences contravene Sections 77, 312 and 166 of the Criminal Law of Lagos State, 2015,” the prosecutor said.
The Chief Magistrate, Mr Aka Bashorun, admitted the defendant to bail in the sum of N100,000 with two sureties in like sum. Bashorun adjourned the case until July 17 for further hearing.
Top Stories