Gunmen Abduct MOSOP's Secretary-General From His Home In Rivers


Members of the umbrella organisation of Ogoni people were saddened over the kidnap, while calling for the scribe’s immediate and unconditional release unhurt. 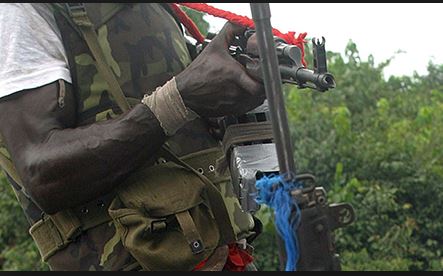 The Secretary-General of the Movement for the Survival of the Ogoni People (MOSOP), Anthony Porole, has been kidnapped.

Porole was kidnapped around 8.30 p.m. on Friday in his compound at Biara-Ogoni hometown in Gokana Local Government Area of Rivers State, with the criminals shooting sporadically before escaping with him to an unknown destination.

MOSOP, this morning, through its Publicity Secretary, Sunny Zorvah, stated that members of the umbrella organisation of Ogoni people were saddened over the kidnap, while calling for the scribe’s immediate and unconditional release unhurt.

Zorvah said: ‘MOSOP also calls on the security agencies to be on the trail of the kidnappers and ensure their immediate arrest.

“It is callous and undeserving that a man who has committed his life in serving his people will be treated in this manner.

“Enough is enough of this criminal, uncivilised, barbaric and retrogressive act.”

Four crude oil and gas-rich Ogoni LGAs of Khana, Gokana, Tai and Eleme have gained notoriety for kidnapping, armed robbery, cultism, pipeline vandalism and other criminal activities, leading to loss of lives and valuable property of mostly innocent persons, despite efforts of the personnel of the various security agencies.
Top Stories