I Went Into Acting By Mistake - Nollywood Actor, Blossom Chukwujekwu


In this chat with Olaitan Ganiu, Nollywood actor, Blossom Chukwujekwu speaks on challenges in the make-believe world among other issues. 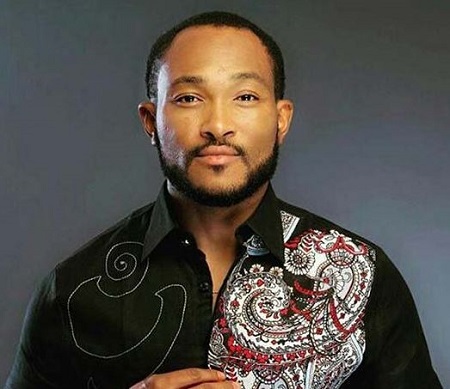 The actor who has won many awards, which include the ‘Best Supporting Actor Award at the Africa Magic Viewers Choice Awards’ in 2015 and starring alongside the likes of Omoni Oboli, Richard Mofe-Damijo (RMD), Omotola Jalade-Ekeinde and Ramsey Noauh, in this chat with OLAITAN GANIU, speaks on challenges in the make-believe world among other issues.

IT’S been more than a decade since you delved into the Nigerian film industry, any regret so far?

No regret at all. This is where I’m supposed to be. I was born to be here and this is my belief. Even though, I stumbled on it, when I found out that this is what I am supposed to do, I followed it. It has not been an easy road. It’s been very challenging but also rewarding. You have to know what you want, work at it and never reduce the size of your dream and make sure you improve your attitude, discipline, skills to mark the destiny that you want. So for me, I have no regrets.

How profitable is acting to you?

At least, it pays my bills. Though, I don’t do acting alone. I am a businessman and philanthropist. And again, it depends on the value and standard you set for yourself. The value you place on yourself is what people will know you for.

But, are we really growing as an industry?

Absolutely, we are. Production qualities are increasing. We have slots in many film festivals around the world, the numbers of cinemas are increasing, at least we have about 40 cinemas in Nigeria but it’s still not enough. But gradually a lot of investments are also rising. Nollywood is a profitable industry, it is about 7.5 billion-dollar industry, which is bringing 600 million dollars into this country every year, employs over one million people. Yes, we call them crappy films but those movies have put us on the world map.

I give kudos to stakeholders who are investing in this creative industry. Are we growing? Yes. We are not where we used to be but gradually, we are progressing.

Piracy is a bigger challenge. What could be the solution?

First of all, structure. We need a proper distribution framework and that is where the government comes in. There are so many factors that will help create a proper structure. There should be a standard in which you release a film, there should be a box office, festivals and all that. But the truth is, there is piracy everywhere, even, Hollywood, and Bollywood have issues of piracy but the point is they have structure.

What was the movie that shot you to limelight?

Though, my professional debut was in a soap opera, ‘Private Storm’ which I acted alongside Omotola Jalade-Ekeinde and Ramsey Noah, in 2009. But I think ‘Flower Girl’ gave me the fame because it took me to different countries around the world.

Looking back, any cause to reject a role?

If a role doesn’t align with my direction, then there is really no need. It is not about the money but maybe the poor script, low standard of production and other factors.

Are you of the consciousness that at a time, script might be not coming as its flow now?

That’s not in my consciousness. I can never have that in my consciousness (laughs). Have you not heard that actors don’t die? As old as you get, you will get scripts that match your personality. You have to be smart also to branch out to other areas like distribution, production, etc. I have a business mindset. If I wasn’t into acting, I probably would have been in Alaba market selling spare parts (laughs).

You recently played a lead role in the movie, Joba. What is one thing people could learn from the film?

When a couple gets married, the common belief for them is to have a baby. But you know, there a lot of couples who are going through challenges. What people can take out of this movie is that, no matter the circumstance, they should trust God because sometimes we might be blinded by the situation we are facing as human beings.

It is important that we view how we face our challenges and give God a little more attention to see what He is really saying. We should be resilient about what God is telling us. As a humans, we want Him to speak in a certain way but sometime He speaks in a different ways we do not understand. So, this movie tells us that we should know God more.

How were you able to perfectly fit into the character?

As a professional actor, it is important that every character you play is unique, so that you will not mess up yourself. The work of an actor is more of internalization and characterization. He or she should be able to create complete different personalities from the scratch and this can be easily achieved through a creative director.

How do you handle your fans, especially females?

Actors or musicians are nothing without people supporting them. The fans are the ones who spend their hard earned money to buy your CDs, see your movie at the cinema and even pray for you. For female fans, you must always treat women with total respect. I love all my fans.
Top Stories