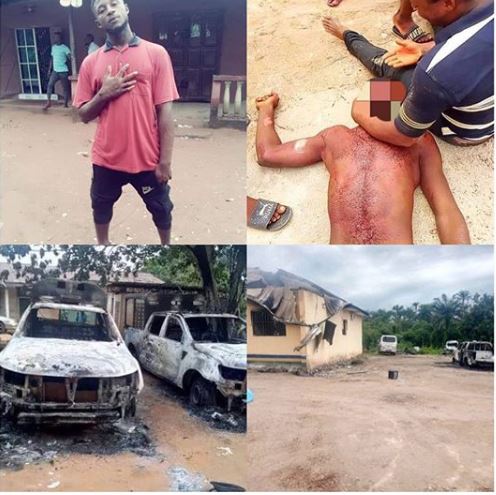 The victim
The reason why Umuoke Obowo police station was, yesterday, set ablaze by the irate youth of the town has been revealed.
The sad incident took place following the alleged killing of one Ikenna Ogbunigwe by a policeman.
Ogbunigwe was confirmed dead at Mercy Hospital in Umuoke, triggering the youth to descend on the police station, carting away firearms and other exhibits at the station and releasing detainees.
The divisional police officer also narrowly escaped being lynched by the mob. The trigger-happy policeman reportedly opened fire on the deceased during a minor argument at a restaurant
Top Stories