COZA: We Will Not Shield Pastors Who Take Advantage Of Members - PFN Declares


The Pentecostal Fellowship of Nigeria has declared that it will not stand by and defend pastors who take advantage of their members. 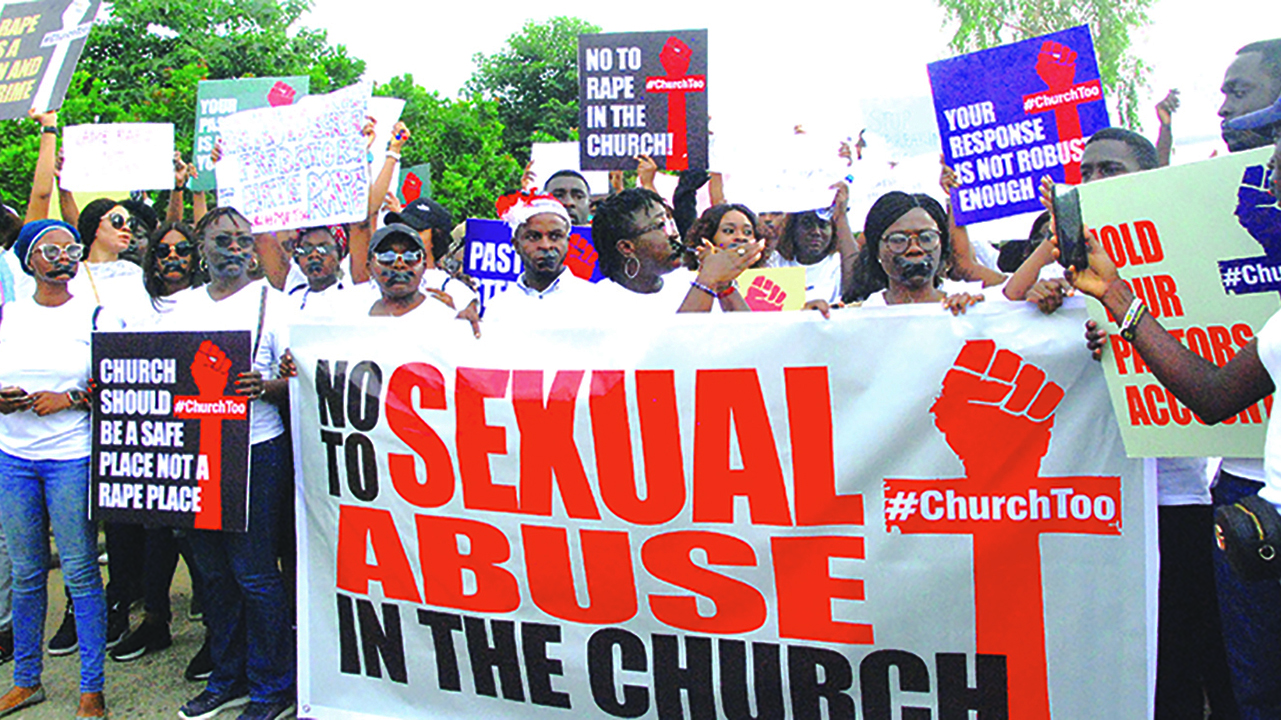 A protest against the COZA Pastor
According to a report by Punch Metro, the Pentecostal Fellowship of Nigeria has warned​ that it would not shield pentecostal pastors who feel they can live carelessly and take undue advantage of their congregants.
The PFN sounded the warning in a statement on Tuesday, signed by its President, Rev. Felix Omobude, and made available to journalists in Benin, in response to the r*pe allegations against the senior pastor of the Commonwealth of Zion Assembly, Pastor Biodun Fatoyinbo.
He said the PFN is saddened and disturbed by the allegations of criminal conduct and serial impropriety that have been made against the embattled man of God, but added that “the PFN will not shield anyone who crosses the line.”
“The PFN is utterly shocked at these allegations, as the acts that have been alleged are not only criminal in nature but antithetical to the tenets of Christianity and a violent breach of the trust that ought to exist between members of the congregation and a Minister of the Gospel,” he said.
While condemning in strong terms, allegations levelled against Fatoyinbo, Omobude, however, expressed the support and prayers of the PFN for the embattled man of God.
“We strongly condemn this ignoble and bastardy conduct as alleged against Pastor Fatoyinbo. Our prayers, thoughts and support are with all those who have fallen victim as have been reported.
“PFN strongly believe in the pursuit of truth and will ensure that truth is unveiled in this whole matter and appropriate sanctions served.
“Although Pastor Biodun Fatoyinbo has, not in the past subscribed to the PFN, we recognize that he is a Pentecostal Pastor,” Omobude concluded.
Top Stories