An aide to President Muhammadu Buhari has called on the police to arrest and throw a senator into prison for assaulting a sales attendant. 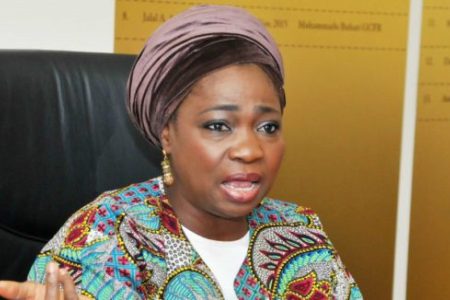 Abike Dabiri
Chairman, Nigerians in Diaspora Commission, Mrs. Abike Dabiri has reacted to the viral video of Senator Elisha Abbo assaulting the staff of an adult shop in Abuja.
Abike Dabiri took to her Twitter page to condemn the assault by Senator Elisha Abbo on a s*x toy staff which was captured by CCTV camera and has since been released on the internet.
She wrote: To think that this PDP guy .was said to have “defeated”one of our most respected female parliamentarians, Senator Binta Masi Garba. The Senate must not protect him. He should be charged . The footage is enough evidence . He deserves to be in Prison
I hope the Senate will not protect him. I expect a Senator to move a motion of urgent importance tomorrow." 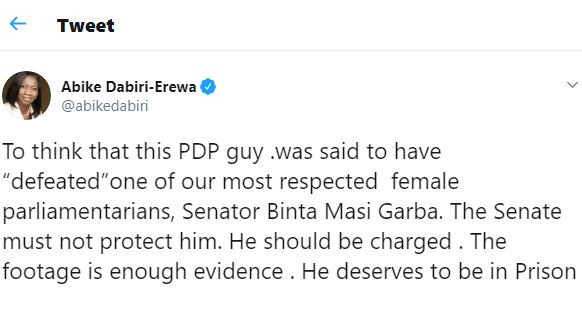