Nigerians have protested at the police headquarters in Abuja after a senator assaulted a woman. 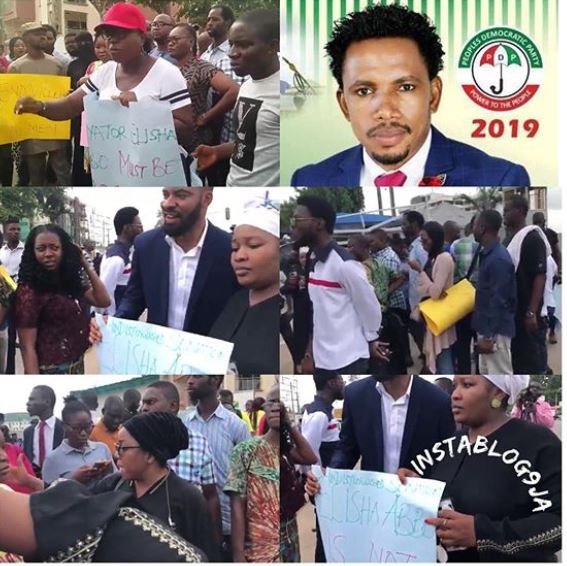 The protesters in Abuja
Protesters led by rights activist, Deji Adeyanju, on Wednesday stormed the headquarters of the police in Abuja to petition the Inspector General of Police, Mohammed Adamu, over the assault of a woman by Senator Elisha Abbo.
Premium Times posted a video of the Peoples Democratic Party (PDP) lawmaker from Adamawa State hitting the lady online on Tuesday.
In the video,  Abbo, 41, on May 11 assaulted a woman, said to be a nursing mother after she defended an attendant at a sex toy shop who was about to be arrested on claims that she had insulted the lawmaker.
The senator was said to have returned to the store to warn against releasing the footage of the incident.
Since the case was reported on May 14 at the Maitama Area Command Headquarters on Nile Street, the police have been reportedly negligent on the matter.
Mr Adeyanju tweeted that the IGP assured that an investigation would begin immediately.
“We have done the needful. Thank you Nigerians for coming out. The IG of @PoliceNG has assured us an investigation will commence immediately,” he said. 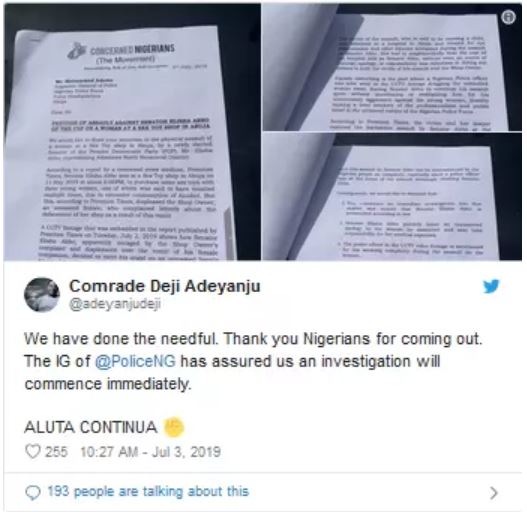 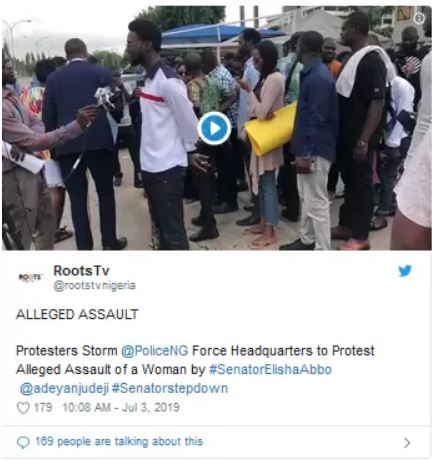