Ojih Odutola creates multimedia drawings on various surfaces investigating formulaic representations and how such images can be unreliable, systemic, and socially-coded. 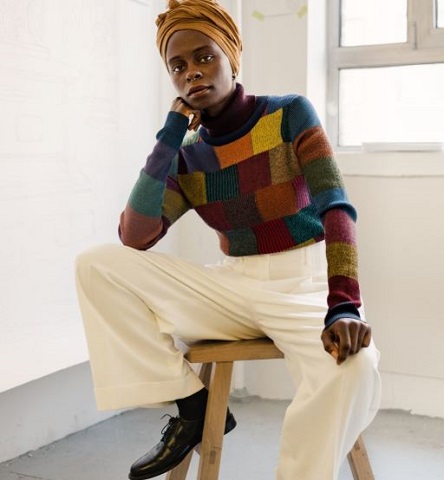 Toyin Ojih Odutola
Toyin Ojih Odutola has become the third highest-paid Nigerian artist of all time after her drawing ‘Compound Leaf’ sold at the Sotheby’s for £471,000 (roughly N215 million).

After moving from Nigeria to America at the age of five, Ojih Odutola became aware of her ‘blackness’ and questioned her identity.

Due to the shock of this transition, she used art as a coping mechanism, and over time, it transformed into an “investigative, learning activity” for her.

Speaking with Vogue about how art helped her escape, Ojih Odutola said, “I was obsessed. Capturing everything I saw and being fascinated with the incredibly simple task of looking at something and transmitting it onto paper. It’s immediate magic.”

Ojih Odutola creates multimedia drawings on various surfaces investigating formulaic representations and how such images can be unreliable, systemic, and socially-coded.