Exposed! See The Boy Who Breaks Into Schools In Delta To Burn Books Of Students


A young boy who is in the habit of breaking into schools to burn the books of students, has been nabbed. 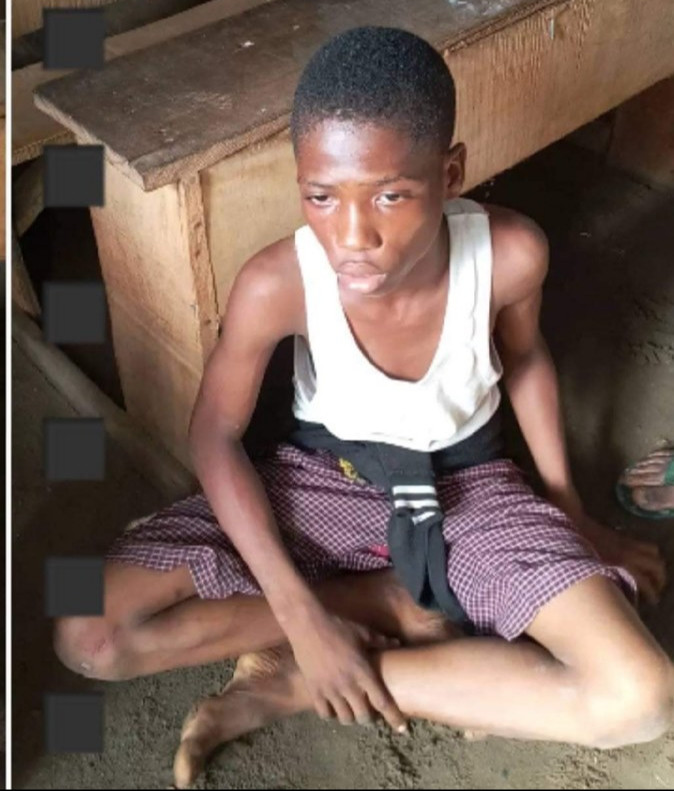 A boy identified as John Onerede, who reportedly breaks into schools in Delta State to burn books of students and also destroy other items, has been nabbed by residents of Iweta Lane in Sapele, Delta State.
According to the owner of Rhema International School which the suspect has reportedly been breaking into for the past 6 months, he apprehended John after he went back to get the money he forgot in his office.
The school proprietor revealed that the boy who was already in his office, had stolen the money before he arrived.
Upon interrogation, the boy confessed to stealing the money and further named 3 others who have been sending him to destroy the school's properties. However it was gathered that he changed his statement  to being the only one breaking into the school, when dragged down to the police station.
While his parents have been begging for his release, the owner of the school stated that he will only be released when the items he destroyed have been paid for.
Below are photos and video: 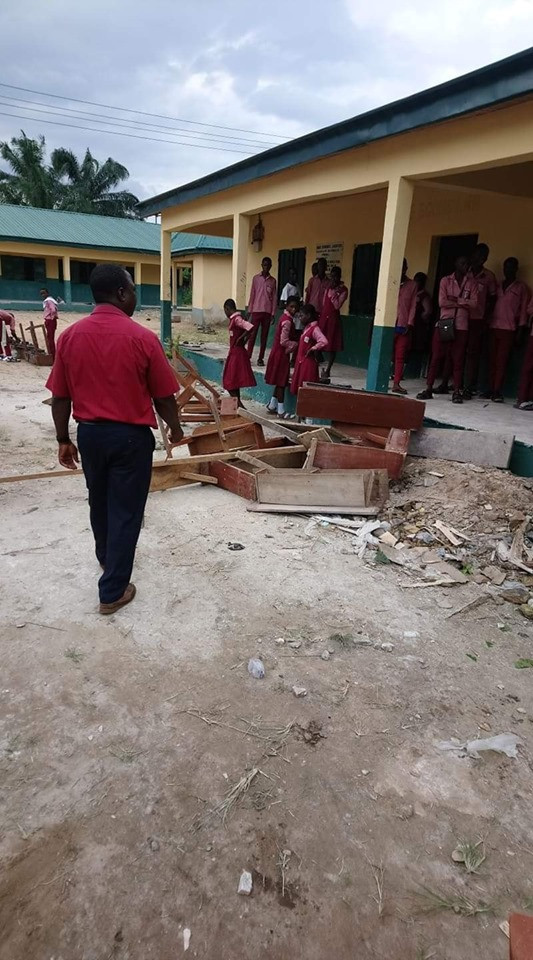 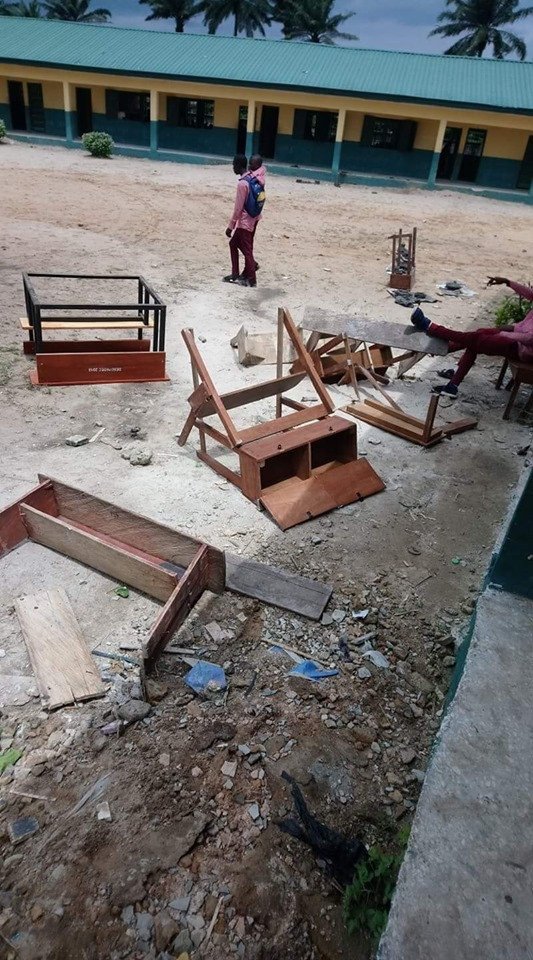