Twin Brothers Buried Together After Dying From The Same Ailment (Photos)


It was tears and pain for the family members of twin brothers after they died of same ailment within a matter of months. 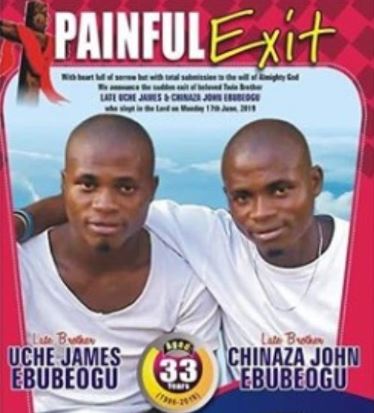 The twin brothers
It is a sad time for a family of a set of twins, Uchenna and Chinaza Ebubeogu who were buried after dying within seven months of each other.
It was gathered that Uchenna passed in November, 2018, while Chinaza died in June, 2019. That terrible incident has left the family members in serious pain.
According to their close friend, they both died of the same strange ailment. 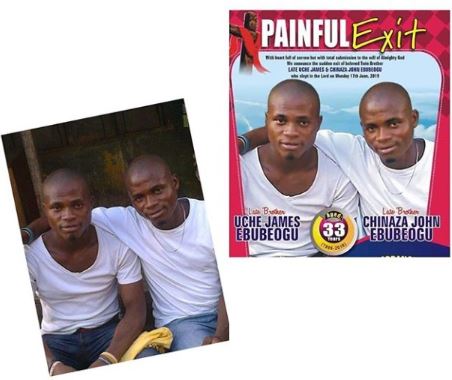