Atiku Abubakar Reacts To Adeleke's Loss At The Supreme Court


Ademola Adeleke has been consoled by Atiku Abubakar following his loss at the Supreme Court today. 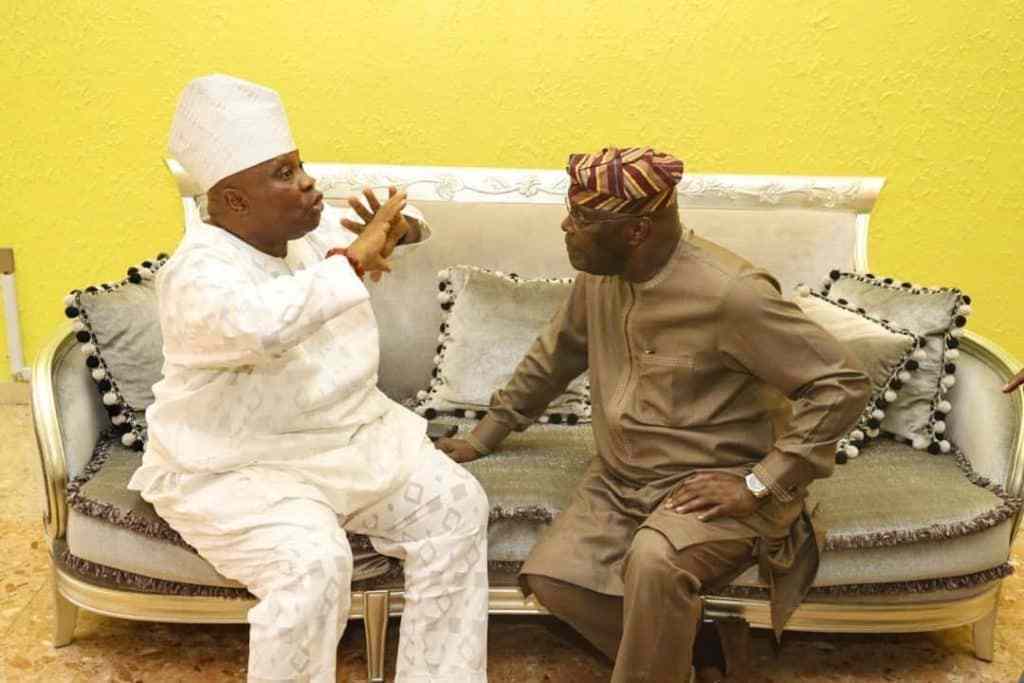 Adeleke and Atiku
The presidential candidate of the Peoples Democratic Party (PDP) in the last general election, Atiku Abubakar has consoled Ademola Adeleke of the PDP, following his loss at the Supreme Court which ruled in favour of Gboyega Ayetola of the All Progressives Congress Party in Osun State.
The apex court in a split judgment on Friday agreed substantially with the Court of Appeal which ruled that a majority judgment delivered at the tribunal was a nullity, thereby validating Gboyega Oyetola as the governor of the State.
Reacting to the judgment, Atiku who is also challenging President Muhammadu Buhari’s victory in court in a series of tweets said Supreme Court which ruled has the judicial finality, so the legal case is over.
See tweets below: 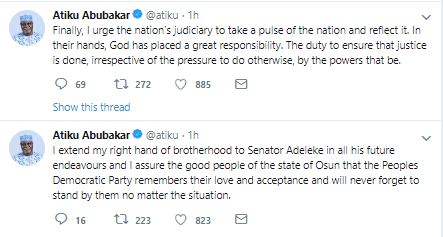 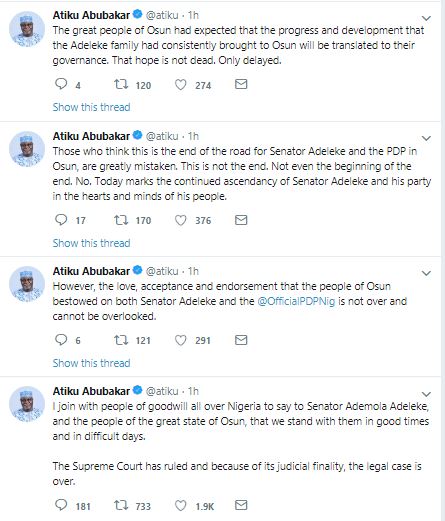