Reacting via Twitter, Fani Kayode stated that Ademola Adeleke was robbed at the Supreme Court. 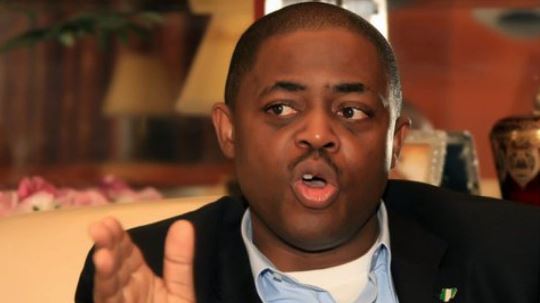 Femi Fani-Kayode
A former Minister of Aviation, Femi Fani-Kayode, has reacted to the Supreme court judgment upholding the election of Gboyega Oyetola of the All Progressives Congress (APC) in the last year’s Osun state governorship election.
The apex court on Friday dismissed the appeal of Senator Ademola Adeleke challenging the declaration of Gboyega Oyetola as the winner of the Osun State governorship election.
It was reported that in the lead judgment by Justice Bode Rhodes-Vivour, the apex court declared that the absence of the judge who read the majority decision of the election tribunal made the judgment a nullity.
The judge upheld the decision of the Court of Appeal that the proper thing to have done in the absence of Justice Peter Obiorah was to start the entire trial afresh.
Reacting via Twitter, Fani Kayode stated that Adeleke was robbed at the Supreme Court.
He wrote, “I am not surprised by Oyetola’s so-called “victory” at the Supreme Court. Adeleke was robbed. Nigeria is finished.”
Top Stories