Naira Marley: Soapy Isn't Escapism, It Is A Blight!


I know you have attempted to dance Naira Marley's 'Soapy'. I am not judging you. I just want us to agree that you are a hypocrite. 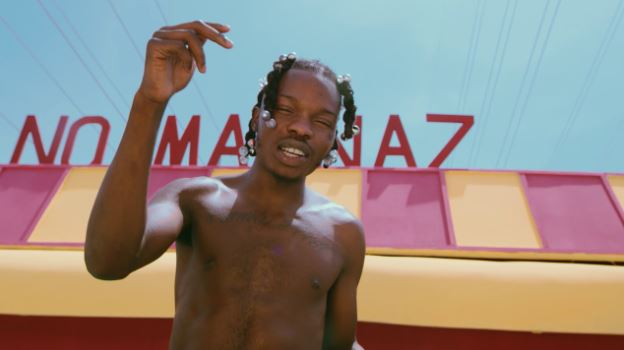 Naira Marley
I know you have attempted to dance Naira Marley’s ‘Soapy’. I am not judging you. I just want us to agree that you are a hypocrite. When you curled your fist in front of your genitalia, and simulate masturbatory moves publicly, you crossed a line of decency that you didn’t know existed. You moved from culture to basal instincts, betraying everything that you think you hold dear.
Naira Marley isn’t a hero, he’s a villain. He spent time in prison for advocating for a crime. He makes excuses for criminal behaviour and justifies the victimisation of people because of the colour of their skin.
He also attacked Ruggedman and Simi. These atrocities he has done in the space of weeks has forced the moral centre of this country to take a hard look at itself. When we sing “Am I A Yahoo Boy?” do we not feel a twinge of guilt, knowing that the record has negativity as context? And at no point has Mr Marley looked back to reconsider the carnage and filth that he has left behind in his wake. To be fair, he has ‘commodified’ insufferableness, and made hit songs out of them.
That’s a great personal win. Chaos can be considered a ladder, and Naira Marley ascends it with each new strike at the heart of our sanity. Marley spent over two weeks in jail while trying to fulfil his bail conditions. And the moment he tasted free air, he raised hopes with talk about fighting for prison reforms. It was a noble announcement, one that had people rooting for him as a significant addition to a great effort. But deep down, we knew it. Marley is incapable of anything that doesn’t benefit him. He lacks the range to see beyond himself. Anyone who deliberately advocates for criminality is a false prophet.
Marley confirmed that with the release of ‘Soapy’, a song that comes with a dance that is foul to consider, and painful to look at, any self-respecting person will avoid that dance. According to the streets, the dance is to raise awareness for the conjugal rights of prisoners. That’s Marley’s hill to exploit and die on: conjugal rights for the poor humans stacked up in those cells and dreaming about how to get one off. So excruciating was their cry that Marley was inspired to make a record to raise that awareness.
If you choose to indulge in this mental backwardness, you will admit that the spectre of men rubbing one out, without the warmth of a vagina, is a sorry sight. So, to be steered clear of this horrible existence, you have to avoid crime. You know men love their vaginas. They can move mountains for it. They can also stay of good behaviour for it.
Thanks Naira Marley. You have successfully launched a new brand of advocacy called “Masturbatory Activism.” Its motto reads: “Stay out of crime, avoid the soap.” What a genius! What a fine specimen of nitwittery. What depth of moronic thinking would bring us all as a people to this level?
And it is no surprise that he has fans who identify as “Marlians.” Nigerians are poor and lost, desperately looking for something bigger than themselves to connect to. That’s why Naira Marley had support with Yahoo; lost, disillusioned souls looking for belonging from anything higher than their status. Yahoo? No problem. Now we have another stain on us with ‘Ijo Soapy.’ Whoever designed that record, knew what they were doing. They know the base they are targeting. It is not for you sensible persons with outrage. It is for those same people who supported him during his self-inflicted travails: The Marlians.
Marlians are a stupid bunch. There is no boundary, no forethought or afterthought. Just an obstinate lost flock of sheep without a modicum of sense or self-respect. Marlians stand for trash. They stand for rubbish. And they stan for the normalization of that rubbish. The same way Yahoo was trying to go mainstream, Marley is now pushing for the normalization of public masturbation. Grown men making gross moves on dance floors is not evolution. It’s degeneration. Masturbate in your homes. “Soap” isn’t pop culture fodder.
I kicked against it, and got a response from Zlatan Ibile, Marley’s more successful friend. Kaffy spoke against Soapy and got reminded of her age by Marley. It feels as though the tide has successfully turned against reason. There are countless videos of people dancing ‘Soapy’ with all the glee that comes from hedonism.
When a blight like Naira Marley becomes so powerful as to drag our collective decency to the gutters, and the voices that ought to speak, stay silent for unclear reasons, then we are in the endgame.
Written by Joey Akan
Top Stories