How I Was S*xually Damaged By An Awka Ibom Girl


It's the season of stories of sexual molestation and a young man has decided to add his personal account to the several ones on ground.

Relationship adviser and blogger, Joro Olumofin has shared the story of a young man who was s*xually-abused by one Idoroyen from Akwa Ibom while he was much younger.
According to his account, the lady introduced him to s*x secretly without the knowledge of his family members.
This exposure would later affect him in future. He feels he is damaged.
Read his story below: 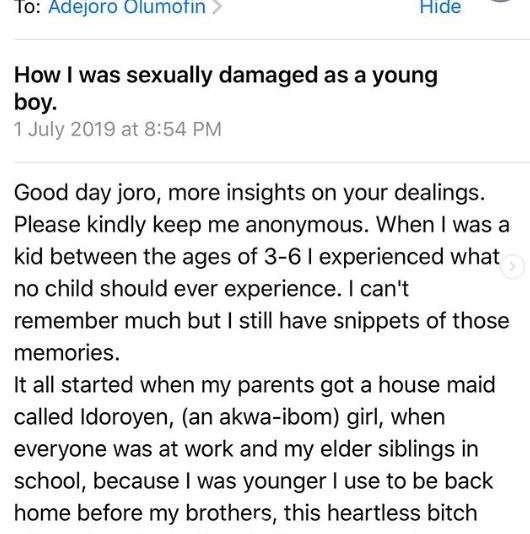 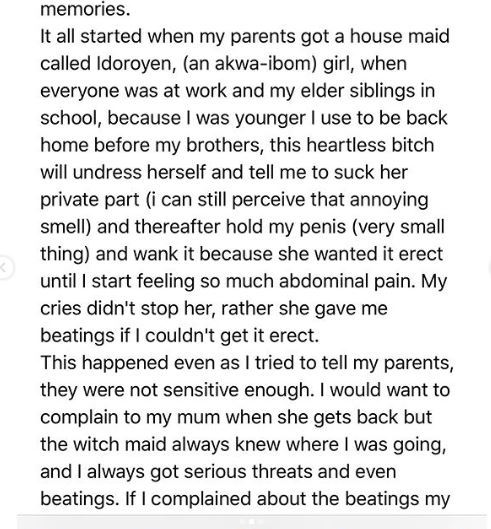 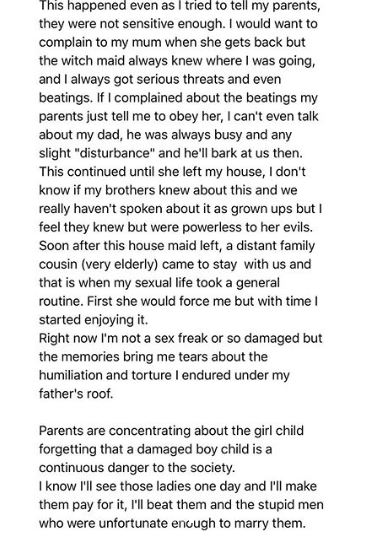