Just hours after Nigerian defeated Bafana Bafana in Egypt, a Nigerian man has died in the country. 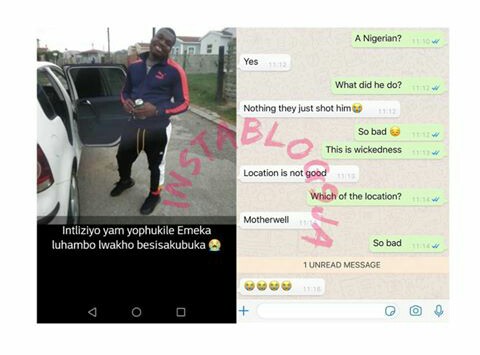 The victim
A Nigerian man, known as Emeka, has reportedly been murdered in South Africa, hours after the Super Eagles of Nigeria defeated the Bafana Bafana of South Africa.
According to statements, the sad incident happened, this morning, in Motherwell, and no reason has been specified to the murder.
The matter has been taken to the appropriate authorities as people await immediate action. 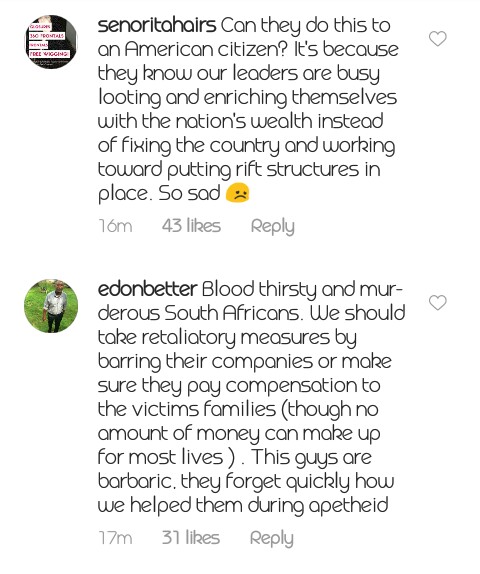 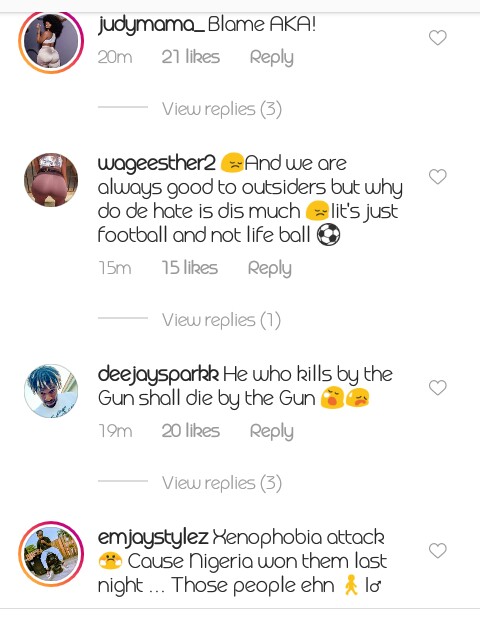