Is President Buhari Under Pressure To Release Ministerial List? Check Out What He Is Saying


President Muhammadu Buhari has spoken about whether or not he is under pressure to release the ministerial list. 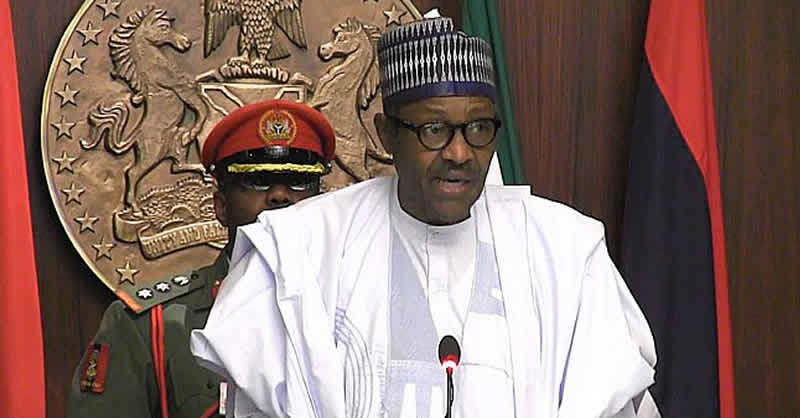 President Buhari
According to a Punch Metro report, President Muhammadu Buhari admitted on Thursday night that he had been under unprecedented pressure to release the names of his ministerial-nominees.

The President, who made a brief remark during a dinner he had with the leadership of the National Assembly, however, maintained that he would not be stampeded into releasing the list.

He stated that when he first came into office in 2015, the majority of ministerial appointees were not known to him personally.

This time round, the President stated that things would be different as he would appoint persons that he knew personally, a reason the search had continued till now.

He said, “Many at this dinner meeting are saying they want to see the list of the proposed cabinet so that they can go on leave peacefully.

“I’m very much aware about it; I’m under tremendous pressure on it. But the last cabinet which I headed, most of them, the majority of them I didn’t know them. I had to accept the names and recommendations from the party and other individuals.

“I worked with them for three and half years at least – meeting twice or two weeks in a month. So, I know them.

“But, this time round, I’m going to be quiet me – me in the sense that I will pick people I personally know.”
Buhari, who was sworn in for a second term on May 29, had yet to appoint his ministers more than a month after his swearing-in.

In 2015, the President did not appoint ministers until four months after his inauguration.

The Presidency, in a statement after the dinner, said Buhari called for cooperation across party lines in order to deepen the country’s democracy.

He also commended the National Assembly for the peaceful manner the election of presiding officers was conducted on June 11.

The statement, which was signed by his Special Adviser on Media and Publicity, Mr Femi Adesina, quoted him as saying, “I was very pleased that people expressed their desires at the National Assembly across party lines. Neighbourliness is very important.

“It makes sense to cultivate neighbourliness on individual and national levels. If you cultivate good relationship with your neighbour, you will save a lot emotionally and materially.”

The President of the Senate, Ahmed Lawan, had led the leaders from both chambers to the dinner.

The Speaker of the House of Representatives, Mr Femi Gbajabiamila, came with his team from the House to join Lawan, who doubles as the Chairman of the National Assembly.

Lawan spoke with State House Correspondents as the dinner wound down about 10pm.

Lawan had announced earlier in the week that Buhari was expected to submit the list to the legislature this week.

But, last night the Senate President made a U-turn, denying that he made such a direct statement.

Reporters first asked him whether Buhari presented the list to him at the dinner.

Lawan replied, “Well, I came for a dinner and the process of receiving list is not at dinners. That is all I have to say about this.”

Regarding the earlier announcement he made that the President would release the ministerial list this week, he denied, saying, “I never did. Let me take this opportunity to correct that. A senator raised a point of order under personal explanation and he said we should be sent the list of ministers by the executive arm of government.

“And in my response I said the executive is working so hard to ensure that the list of Nigerians that will help this administration work is going to be constituted, we could even receive it this week. Could is conditional and I will urge everybody here to report it as it is.”

There was speculation ahead of the dinner that there was more to it than eating and drinking.

Sources claimed that it was an opportunity for Buhari to soften the ground before forwarding the list of ministerial-nominees to the Senate.
The PUNCH also gathered that there was the unresolved issue of the 2019 budget, which had yet to be implemented because the President complained that the 8th Assembly made insertions into his original proposals.

“I think this was also an opportunity to discuss with the leadership of both chambers to prepare their minds for a possible supplementary budget,” one source told The PUNCH.
Top Stories