A man has successfully gotten his Bachelor's results after over 10 years of fight. 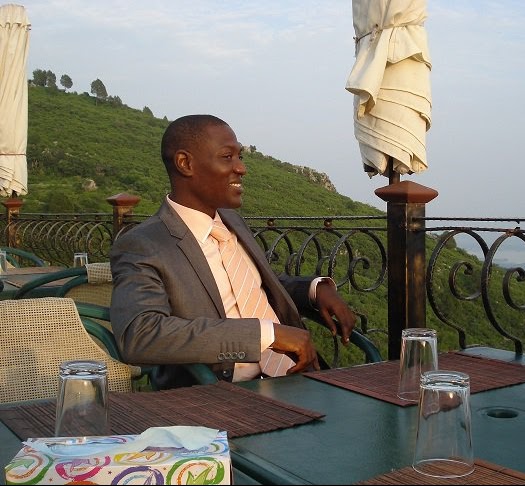 Uduakobong Nquot
A Nigerian man Uduakobong Nquot has narrated how he battled successfully for his result with University of Uyo authorities 10 years after he graduated from the school.
Since he graduated in 2008, Nquot finally received his result in 2017 and he took to Facebook to narrate the gruelling battle.
He wrote:
Look at the document attached:
1. No official letter head of the University of Uyo
2. No reference number
Meaning of “forgery” –by virtue of section of 465 of the Criminal Code Law a person who makes a false document or writing knowing it to be false, and with intent that it may in any way be used or acted upon as genuine, whether in the state or otherwise, to the prejudice of any person, or with intent that any person may, in the belief that it is genuine,be induced to do or refrain from doing any act, whether in the state or elsewhere,is said to forge the document or writing.
This is the extent Officials of the University of Uyo can go" FORGERY".
1.The Senate issued an official statement that I abandoned studies,which is a lie.
2.Officials of this University destroyed my course forms which I had submitted during my studentship..
3.This same University produced an illegal Master Mark Sheet in 2017 with Second Class Honours in a bid to cancel my original result which was approved in 2008.
All their plans failed and they were put to shame.
God was/is with me and I defeated them.God taught me about the Freedom of Information Act 2011.He directed me to apply under the FOI Act for my examination scripts, the illegal master mark sheet with Second Class Honours and other documents.
The next day, the Head of Examinations Mrs Akpan called me and said "your result have been in this school for many years".The University refused writing to me but resorted to phone calls.So that I will not have more written evidences.
Finally I received my result despite their criminal negligence,deceit,concealment, abuse of office,victimization,theft,alteration,forgery and violation of freedom of information act.
The question to the Senate of UNIUYO is how did a student whom you had issued an official statement that he abandoned school in 2006, receive a Bachelor of Science Degree with 2nd Class Honours in 2017? 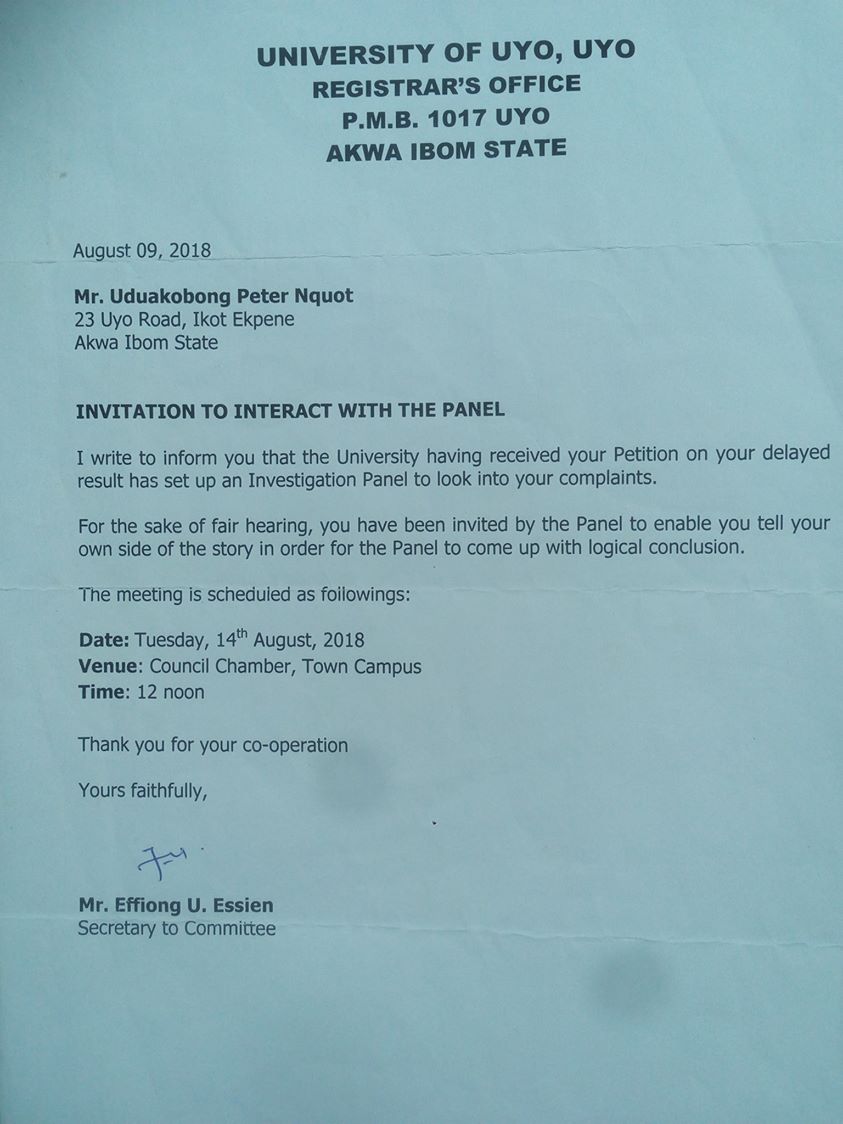 A result which was approved on 7th November 2008 but released by #UNIYO on 6th September, 2017.
Back to this forged letter of 9th August, 2018.
I received this forged letter of invitation to appear before a panel. In fact one of the staff called me that I should be at the panel.
I got to the Council Chambers and met with four strange men!These men had my file and documents.
They asked for my name,which I gave them and started asking questions.A closer look at the Invitation Letter revealed this invitation was forged.
I asked a simple question "please can you introduce yourselves?
They refused,the one who claimed to be Chairman said we should continue because they are the "Management of the University of Uyo".
I presented this forged letter and asked " why is there no letter head and reference number of UNIUYO on this letter?
They were dumpfounded, the one who claimed he is the Chairman told me" the issue is that you have honoured the invitation of UNIUYO through the Office of the Registrar, so let us continue...
I was shocked and it dawned on me that these men were criminally minded. I took my phone to record, one of them said " Mr Chairman, does he have the right to record what we are doing here?
He told me "you cannot record what we are doing here".He further stated " the Secretary of this Panel is writing everything ".
Hmmm I was shocked- Forgery in the Council Chambers of the University of Uyo?A Public Institution funded by the Federal Republic of Nigeria?
I left and immediately wrote to the Vice Chancellor of UNIUYO stating among other things " This letter without reference number and logo is a deliberate act by the University of Uyo..Any invitation or meeting without a Reference Number and Official Logo of the University of Uyo as a Public Institution is null and void".
It is almost a year now,the University of Uyo have been silent about this letter and what transpired in the Council Chambers on 14th August,2018.
For their information, UNIUYO is a Public Institution and open to investigation by security agencies.
Lastly you can NEVER fight and win God.HE defeated the Senate of UNIUYO, the Professors and turned their wisdom to foolishness.
Read the post below:
Top Stories