The incident, it was gathered was caused by exhaustion occasioned by stampede. 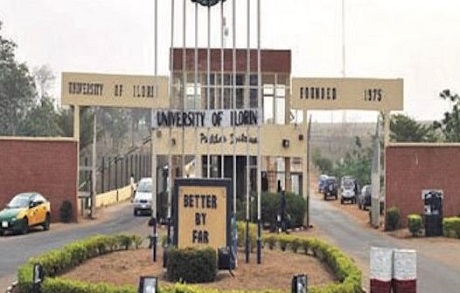 The incident occurred while the students were scampering for seats at an examination hall.

The incident, it was gathered was caused by exhaustion occasioned by stampede.

A source said one of the students lost his life to the unsavory situation.

But the university authorities denied that.

Said the source: “The incident was caused by a stampede as the chemistry and education students struggled with one another to make use of the 300 capacity seats theatre.

“The incident was principally caused by administrative lapses. The number of chemistry students of that wanted to make use of the hall was 2,000 and that of education 5,000. In spite of this management wants the examinations to be concluded July 26th and post-UTME test to commence July 27th.”

Reacting to the incident, the institution’s spokesperson Kunle Akogun said that: “Contrary to the mischievous rumour currently trending on campus, no Unilorin student died during the unfortunate incident at the CBT Centre on Friday.

“It is true that some students fainted as a result of exhaustion during a mild stampede at the CBT exam venue due to impatience on the part of some students who, in a bid to get into the hall ahead of others, began to push their ways through. This got about 10 of their colleagues with less stamina to faint.

“While regretting the unfortunate incident of Friday, the university management hereby appeals to our ever articulate students to always exercise patience while waiting to enter exam halls, especially for CBT exams.

“The CBT exams have been meticulously scheduled and adequate arrangements made to ensure that every student takes his/her examination without let or hindrance. So, there is really no reason for rushing.

“We wish you all resounding success in your exams.”
Top Stories