Daughter Of Afenifere Leader Was Killed By Kidnappers - Police


The police say a yet to be identified man was kidnapped after gunmen attacked Funke Olakunrin, daughter of Reuben Fasoranti, leader of Afenifere, pan-Yoruba socio-political group. 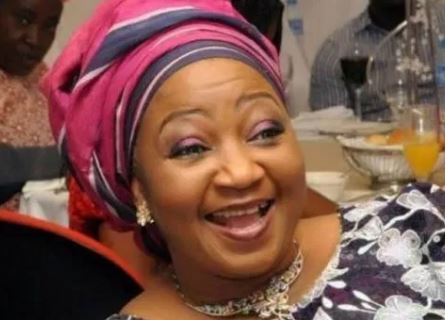 The police in Ondo State have given details of how suspected herdsmen in a kidnap attempt, shot and killed Funke Olakunrin, the second daughter of Afenifere leader, Reuben Fasoranti.

Mr Joseph, who confirmed the attack and the death of Mrs Olakunrin, however, said he was not aware the deceased was related to the Afenifere Chairman.

“It happened at a spot between Kajola and Ore, where some hoodlums numbering about 15, attacked two vehicles, 1 Toyota Land Cruiser and 1 Camry,” Mr Joseph told PREMIUM TIMES Friday night.

“The the Land Cruiser was carrying five passengers, including the deceased, which we later identified as one Funke Olakunrin.

“They shot the woman, we rushed her to the hospital, but we lost her.

“Other four occupants that were abducted, we have rescued them.

“Inside the Camry too, we had three occupants, they were also abducted, but we have rescued them. We have rescued a total of seven persons taken during the attack.

“There is still one person left that we are still looking for, and we are working frantically to ensure that the hoodlums are brought to justice and ensure any other hostage were rescued,” he said.

The police spokesman said he would not confirm if the attackers were Fulani herdsmen, noting that until an arrest was made, it would be difficult to identify the persons and where they came from.

“No, you can’t shave the head of a man in his absence,” Mr Joseph said. “You have to wait for us to arrest them. Somebody you have not arrested, it is difficult for you to establish his ethnicity.”

He said crime does not have colour, ethnicity or religion, adding that “crime is a crime and a criminal is a criminal.”
Top Stories