A final year student of the University of Benin has taken his own life after jumping from a 2-storey building. 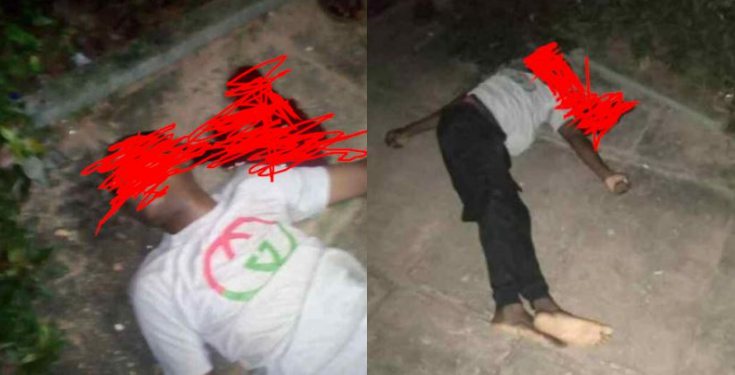 The student jumped to his death
A yet-to-be identified final year student student of the University of Benin, UNIBEN, has reportedly committed suicide by jumping down from the 2nd floor of a hostel building.
The incident occurred Sunday evening at the Faculty of Arts.
The deceased male student was said to be a student of the Department of Actuarial Science, Faculty of Management Sciences.
As at the time of filing this report, it was not clear if the deceased left a suicide note.
It was, however, gathered that the victim who was supposed to have graduated before now, had a spill over. 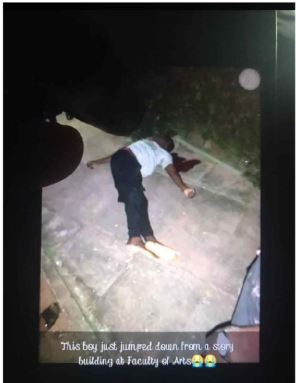 Efforts to get confirmation from the Public Relations Officer of the University, Mr. Michael Osasuyi, failed, as calls made to his mobile phone failed to connect.
It would be recalled that a 21-year-old student of the University, Christabel Buoro, also committed suicide over alleged failed love affair.
The lifeless body of the 300-level student of Medical Laboratory Science was discovered four weeks ago at her hostel located on Plot 4 Uwaifo Lane, off Newton Street, Ekosodin, a sprawling students’ community behind the University’s main campus.
Unconfirmed reports have it that Christabel mixed sniper, a popular insecticide, with a bottle of soft drink, which she allegedly drank. 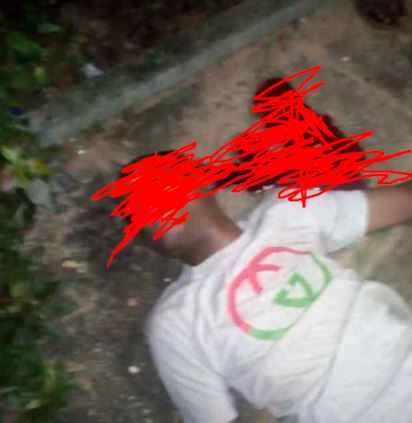