Olatayo Amokade Saka Ijebuu who is a Yoruba actor, comedian, dancer, filmmaker and MC has reacted to the defeat of the Super Eagles. 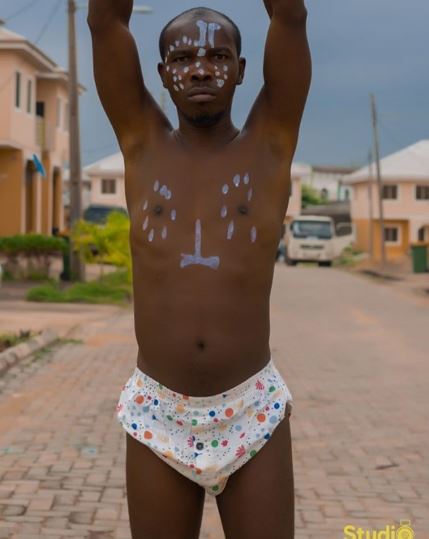 Ijebuu
The Super Eagles were prevented from proceeding to the final of the African Cup of Nations courtesy of a late goal by Mahrez of Algeria yesterday.
The 95th minute goal saddened Nigerians and Ijebuu is one of the popular faces to have reacted to the loss.
He posted a picture of himself rocking mere pantie and wrote: "How Market Niaja"
The picture has gone viral and it has become one of the most attractive memes on social media.
Top Stories