19-year-old Nigerian Basketball Star Drowns In The US (Photo)


A promising NBA prospect, Calistus Anyichie has drowned to death in the United states. 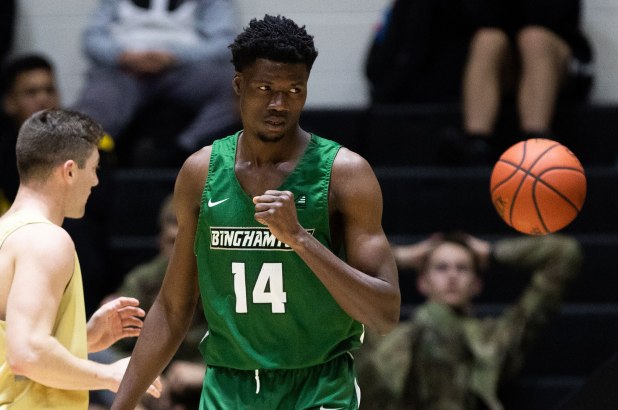 Calistus Anyichie
Binghamton basketball player Calistus Anyichie died at 19 by drowning at Buttermilk Falls State Park on Sunday, The NewYorkPost has stated.
“There is no blueprint for how to deal with such a painful loss,” Binghamton coach Tommy Dempsey said in a statement. “We all love Calistus so much. He was a special young man. We are all devastated.”
According to the Ithaca Journal, Anyichie’s body was found at the base of a 15-foot gorge in the park, which is located just southwest of Ithaca.
The Nigerian national played in 32 games as a freshman for the Bearcats, averaging 1.9 points and 2.1 rebounds. Anyichie was a scholar-athlete at St. Mary’s of the Assumption High School in Short Hills, NJ.
“A talented young person has been tragically taken from us,” Binghamton president Harvey Stenger said in a statement. “This is a heartbreaking loss for our community. We will do all that we can to be there for his family, for the team and everyone who knew Calistus.”
Top Stories