A popular ex-footballer has been shot dead by some gunmen who were on an autobike, sending family and friends into deep grief. 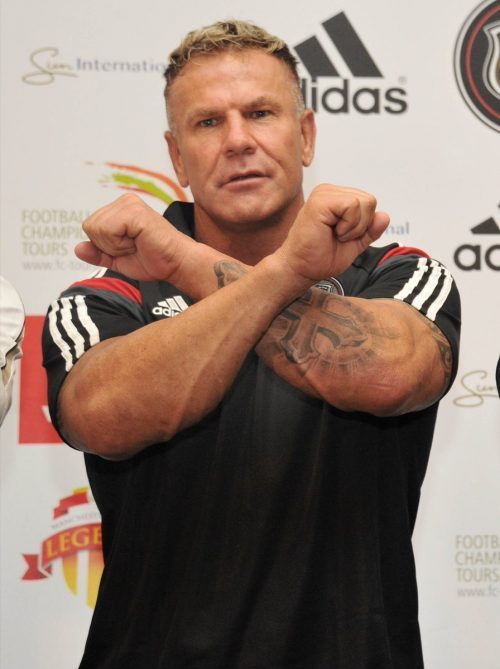 Marc Batchelor
Former Bafana Bafana player and TV presenter, Marc Batchelor has been shot dead outside his home in Johannesburg.

News 24 reports that Batchelor was gunned down in Bryanston, Johannesburg on Monday evening at about 6pm South Africa’s time. The ex-footballer was said to be in the car with his gardener, when the assailants on motorbike, approached and shot him through the car’s window.

“He was shot through the window several times and died at the scene,” Lungelo Dlamini, police spokesman said.

“Police are investigating a murder case after a former soccer player, Marc Bachelor was attacked by two men driving a motorbike in Olivedale outside his house. He was shot several times and died inside his vehicle. The suspects then drove away without taking anything. The motive for the attack is still unknown. No one has been arrested,” said Dlamini.
The motive of the attack is still unknown.

His family was in shock last night after the fatal attack.

His brother, Warren Batchelor rushed to the scene after receiving the news.

“I’m sitting in the front seat and I need a minute to process what I am seeing,” his brother told News24.
However, as police searched for the motive and the killers, News 24 quoted an associate of Batchelor, said to be an alleged, underworld kingpin, Nafiz Modack as saying that he knew the killers.

“My comment [to] those who shot him [is they] should be afraid, very afraid. I know who was after him,” he said.

Modack described the former soccer star as a family man and not one for “war”.
Top Stories