The lawmaker said he has been regular to his hometown in Ondo State now than before despite the menace of insecurity. 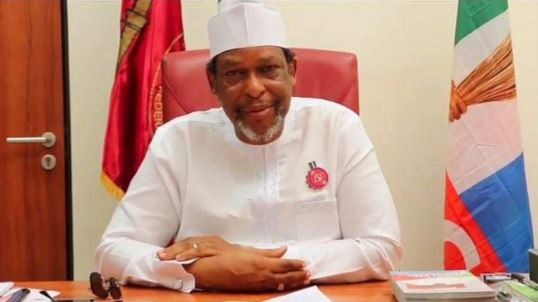 Prof. Ajayi Boroffice
The Deputy Majority Leader of the Nigerian Senate, Prof. Ajayi Boroffice, has said he visits his hometown, Oka-Akoko in Ondo State regularly while dismissing media report suggesting otherwise as utterly misleading.
Reacting to a media report suggesting that he no longer visit or travel to his constituency, the lawmaker said he has been regular to his hometown in Ondo State now than before.
“The said media report is utterly misleading as it did not reflect the crux, essence and meaning of what I said when I visited the Akure residence of Pa Reuben Fasoranti whose daughter was killed by gunmen.
“The misleading report seems more like offside interpretation and off-key inference.”
Speaking with DAILY POST in Abuja, he said he has scheduled programmes in his home this weekend, while promised to honour all.
“I visited my hometown recently and I will visit my hometown by this weekend and next week to attend scheduled political engagements and community activities”.
“The suggestion that I can no longer travel to my hometown does not represent the truth.”
Meanwhile, it should be noted that when Senator Ajayi Boroffice spoke with reporters in Akure, he emphasized the enormity of security challenges and made reference to a spot near Oba Akoko which is said to be regular operational base of gunmen.
During the engagement with reporters, the senator also said government will find sustainable solutions to the menace.
He called for synergy among security agencies and advised security agencies to work closely with space agencies to ensure accurate mapping of possible locations and hideouts of criminals in Ondo State and Nigeria in general.
Top Stories